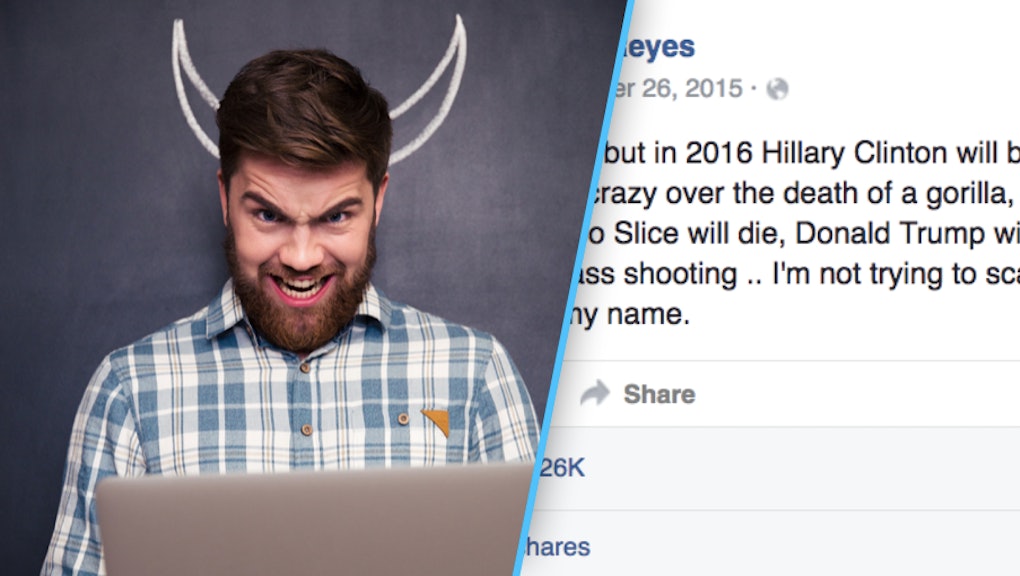 A guy named Pablo Reyes successfully convinced thousands of people he had predicted the future on Facebook. Reyes supposedly posted the following status — predicting multiple world events from 2016, like Muhammad Ali's and Prince's deaths — on December 26, 2015.

Unfortunately, Reyes is not as clairvoyant as he seems. In reality, Reyes posted this status on June 12, 2016.

Reyes admits to faking the status. "I feel like people — I don't want to call people dumb — but I think it's up to the people to kind of make the decisions about what they hear and what they're being told," he told BuzzFeed.

How he did it: What Reyes did was quite simple. You can do it yourself!

First, go to your Facebook timeline. Then write a status and click the little clock below the status to set a time for it to post. It's simple to set a time in the distant past — even before Facebook existed.