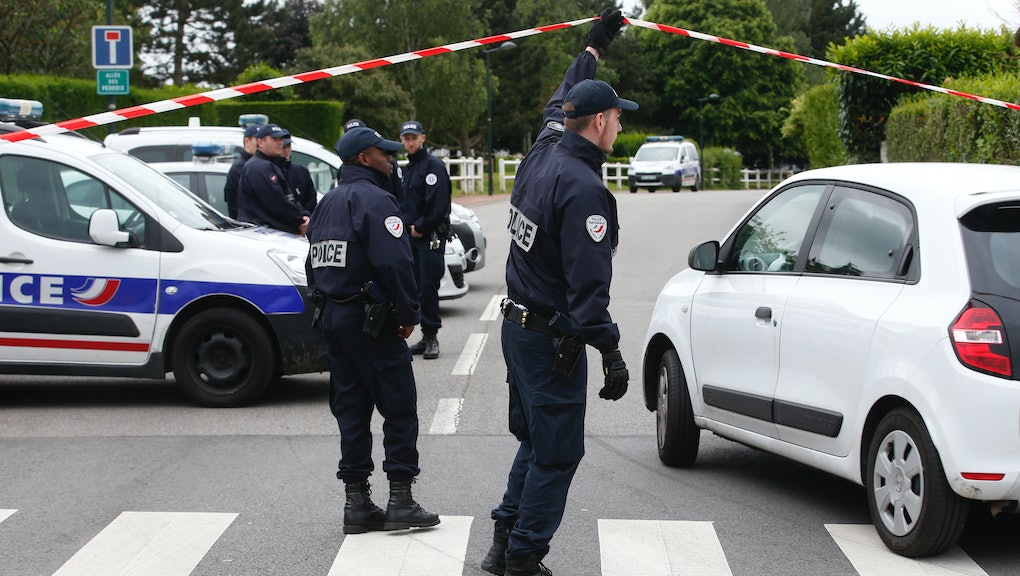 On Monday night, a French police officer and his female partner were stabbed to death at their home in the Paris suburb of Maganville by a man who had allegedly pledged allegiance to the Islamic State group, reported French outlet Le Monde.

The attacker has been identified as 25-year-old Larossi Abballa, the Telegraph reported. Abballa reportedly stabbed the 42-year-old police officer outside before entering his home, where he killed the officer's partner. Their 3-year-old son was also in the home, but survived the attack physically unharmed, reported Le Monde.

Abballa has previously been convicted of participating in a jihadist organization, reports the Telegraph. Witnesses allegedly heard him should "Allahu Akbar" during the attack on Monday night.

In a statement after the attack, French President Francois Hollande called it "incontestably a terrorist act," the Telegraph reported, and he warned that France was facing terrorist threats on "a very large scale."