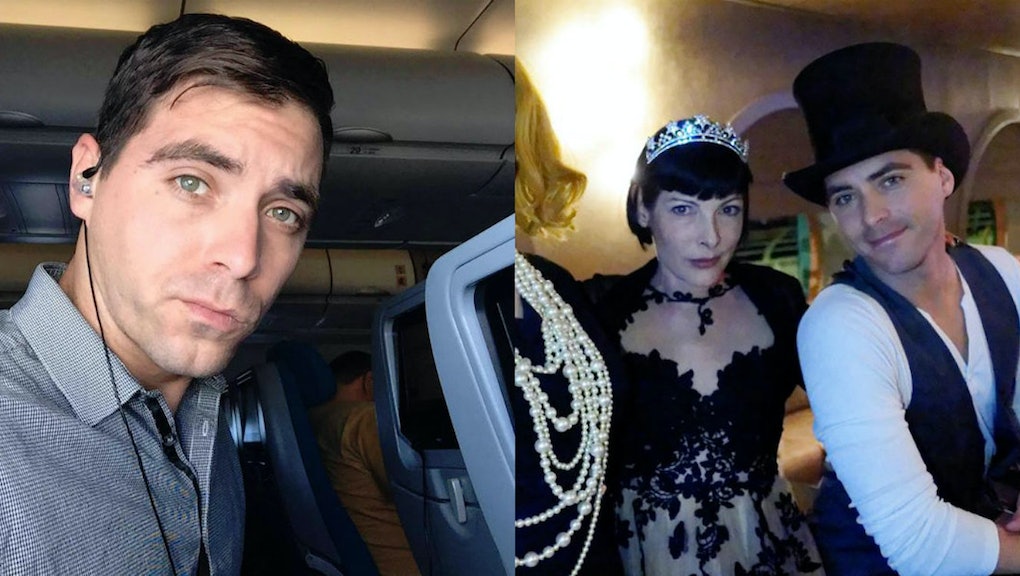 Of the heroes that have emerged from the Orlando, Florida, massacre in the intervening days, one man in particular has captured the nation's attention: Edward Sotomayor, Jr.

According to the Washington Post, he was shot getting his boyfriend to safety in the gay nightclub Pulse as Omar Mateen opened fire early Sunday, killing at least 49 people and injuring 53.

Sotomayor later died in the hospital; his boyfriend survived the attack. The 34-year-old was a brand manager for LGBT travel agency Al and Chuck Travel.

"I just started bursting into tears, and I've been like that all day," Jason Howell, one of Sotomayor's friends, told People magazine Sunday. "You never think that one of your friends is going to be killed in a terrorist attack."

"He was one of the greatest guys I've ever met," he added. "He touched so many people's lives because he's such a positive person. He would do anything for anybody."

"He was one of the greatest guys I've ever met. He touched so many people's lives because he's such a positive person. He would do anything for anybody."

He was affectionately referred to as "top hat Eddie," according to Howell — a moniker Sotomayor earned from frequently donning a black top hat while partying with friends.

Sotomayor's boss and owner of the travel agency, Al Ferguson, recalled his former brand manager's love of travel, despite risks he occasionally faced, organizing gay trips in parts of the world less welcome to the LGBTQ community.

"What I will say, over and over again, was he was a person who said, 'We cannot be afraid,'" Ferguson told the Orlando Sentinel. "I know his friends are going to be the exact same way ... We are not going to be afraid."