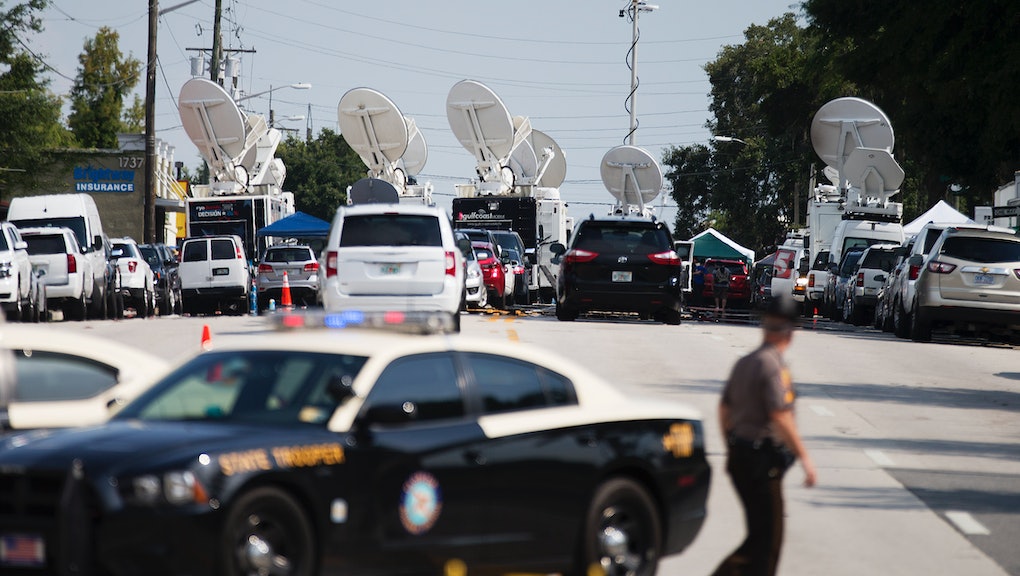 Noor Salman, Omar Mateen's Wife, May Have Tried to "Talk Him Out" of Orlando Mass Shooting

On Tuesday, NBC News reported that Noor Salman, wife of Orlando mass shooter Omar Mateen, may have known of his plans. Salman reportedly told the FBI that she tried to "talk him out of conducting" the attack, reported NBC's Pete Williams.

Salman is reportedly staying with Mateen's father in Port St. Lucie, and is currently cooperating with FBI officials, NBC reported. There's no word yet on whether or not Salman will face any criminal charges connected to the attack.

Sunday's attack on Orlando gay nightclub Pulse left 50 dead, including the shooter, and 53 more wounded. It was the largest mass shooting in modern American history.