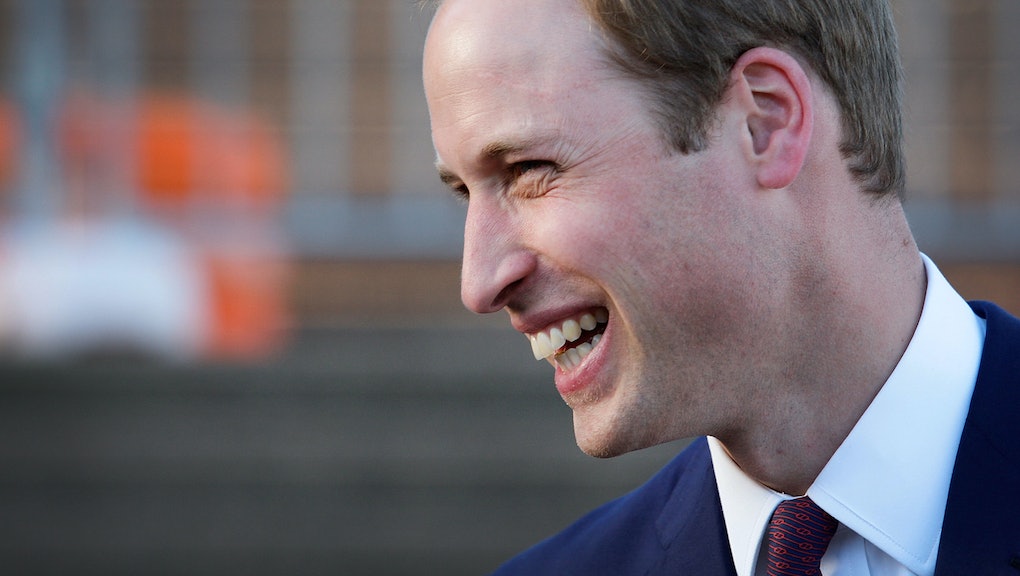 Prince William Speaks Out Against Homophobia on Gay Magazine Cover

Prince William just doubled down on his support for LGBT rights.

Almost a year after becoming the first member of the British Monarchy to speak out on the matter, the 33-year-old is taking his action a step further in a profile and cover for U.K. gay magazine Attitude's July issue.

"No one should be bullied for their sexuality or any other reason and no one should have to put up with the kind of hate that these young people have endured in their lives," he told the magazine, according to a statement. "The young gay, lesbian and transgender individuals I met through Attitude are truly brave to speak out and to give hope to people who are going through terrible bullying right now. Their sense of strength and optimism should give us all encouragement to stand up to bullying wherever we see it."

The internationally recognized magazine has been published in the wake of the United States' largest gun massacre in history, which targeted a gay nightclub Sunday in Orlando, Florida, during its Latin night. Prince William and his wife Kate signed the U.S. Embassy's book of condolences for those impacted by the shooting.

"You should be proud of the person you are and you have nothing to be ashamed of," William said.

"During my time as editor of Attitude I have met parents whose child has taken or lost their life after being bullied for being LGBT+ or just perceived to be LGBT," Attitude's editor Matthew Todd said in the statement. "I am very happy that the future king of the United Kingdom agrees this must stop."

In 2013, Queen Elizabeth was applauded for speaking out against discrimination, but criticized at the same time for avoiding any talk of sexual orientation. "We are implacably opposed to all forms of discrimination, whether rooted in gender, race, color, creed, political belief or other grounds," her charter read, International Business Times reported.

But William has taken on bullying as one of his core issues throughout his recent advocacy work. William, the Duchess of Cambridge and Prince Harry lead the Heads Together initiative, a campaign determined to end stigma associated with mental health. He invited members of the LGBTQ communities along with Attitude to speak with him at Kensington Palace about the mental health consequences of bullying.