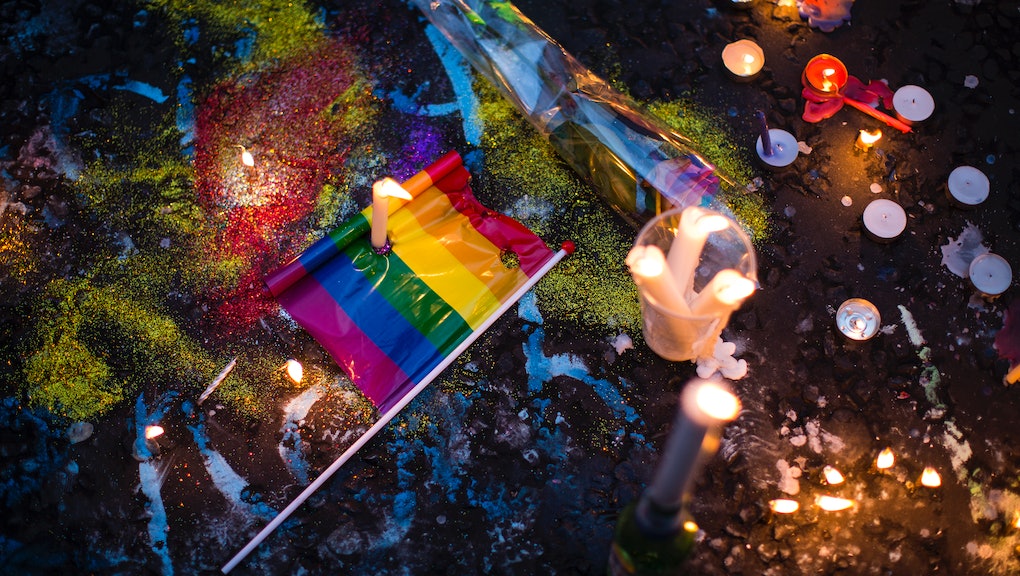 Jamaica's attorney general was displeased when she saw the U.S. Embassy flying a rainbow flag in the wake of Sunday's Orlando, Florida, massacre.

Just days after the United States experienced its worst gun shooting in modern history, which targeted a gay nightclub called Pulse during its Latin night, Marlene Malahoo Forte spoke out against the Embassy's show of solidarity, the BBC reported.

"I strongly condemn #OrlandoNightClubShooting but find it disrespectful of Jamaica's laws to have #RainbowFlag flown here," she wrote in a now-deleted tweet, ending the post with a hashtag, #MyPersonalView.

"We're listening," the U.S. Embassy in Jamaica wrote back on Twitter. "Explain the legal reasoning? It was an attack of terror !!and!! hate, targeting the LGBT community."

Forte later tweeted an article revealing it only takes just seven minutes for someone to purchase an AR-15 in the U.S.

The Embassy did not stop flying its flag at half-mast, instead promoting the fact U.S. Embassies "across the globe" were flying rainbow flags in memorial of the 49 victims killed Sunday morning.

Jamaican Prime Minister Andrew Holness later tweeted his condolences: "The bullet of terrorism does not discriminate, it does not know gender, class or sexual orientation. We all give the 49 lives lost."