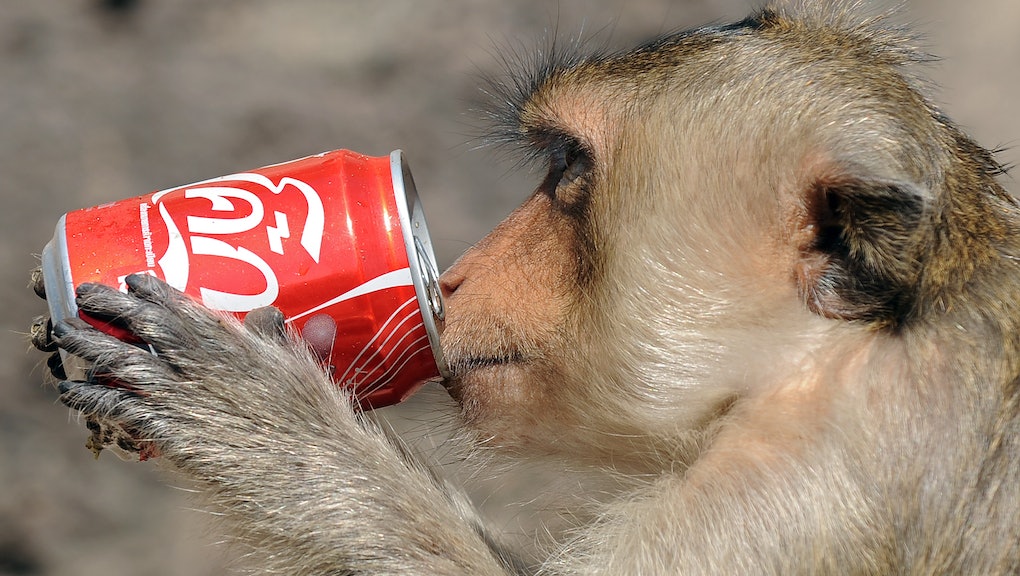 Will Tapping a Soda Can Keep It From Exploding?

By now, you probably just do it out of habit: Tap the top of a soda can twice, maybe three times, before cracking the bubbly drink open and reveling in that satisfying hiss sound. This might've originally come from someone telling you that tapping would keep your drink from catastrophically bubbling over.

But does the move actually keep soda from bubbling over the sides of the can? Chris Hamlett, a lecturer in Chemistry at Nottingham Trent University decided to examine the issue with science in the Conversation, an academic and research-based independent news site.

Hamlett wrote that hypothetically, tapping an aluminum top before popping it open could dislodge some of the the bubbles from the side of the can, causing less of a rush as the can is opened.

When a can is tapped, it will have fewer "deep" bubbles — bubbles that make it closer to the bottom of the can —  Hamlett wrote, which could lead to less liquid eruption.

Before the can is opened, microscopic gas bubbles attach to the inside of it (nucleation). When the can is opened, these bubbles increase in size, due to the decrease in the solubility of CO2. When these bubbles reach a certain size they detach from the inside of the can and rise up to the top of the can due to buoyancy and displace liquid in their path (as shown in Figure 1).

While Hamlett's research was not conclusive, he theorizes that tapping could help prevent soda from spilling over. He noted that the type of bottle matters when it comes to getting sprayed in the face — tapping a glass beer bottle probably won't keep it from foaming over.

So to tap or not to tap? That's up to you. To really play it safe, ask a friend to open your beverage.