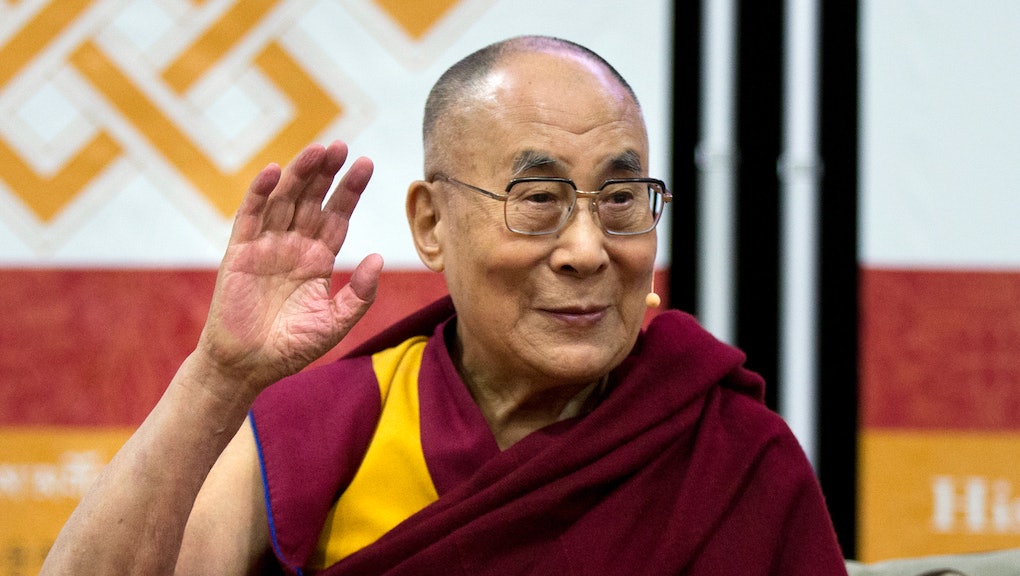 In One Quote, the Dalai Lama Nails the Problem With Praying for Orlando Victims

During a visit to the United States Institute of Peace on Monday, the Dalai Lama said that effective change requires more than just prayer, but also "serious action."

In the wake of Sunday's massacre that killed at least 49 and injured 53 at a gay nightclub in Orlando, Florida, His Holiness said people need to embody and encourage "warmheartedness," he said, according to USA Today. He also called himself "one Buddhist monk [who is] quite skeptical about the effect of prayer."

In an op-ed for the Washington Post also published Monday, the Dalai Lama wrote, "It is not enough simply to pray. There are solutions to many of the problems we face; new mechanisms for dialogue need to be created, along with systems of education to inculcate moral values."

The Dalai Lama espoused the importance of compassion, and said that those who don't practice compassion should be exiled from their religions.

"If you attempt now, make the effort now, the end of this century could be more peaceful, more compassionate," he said.