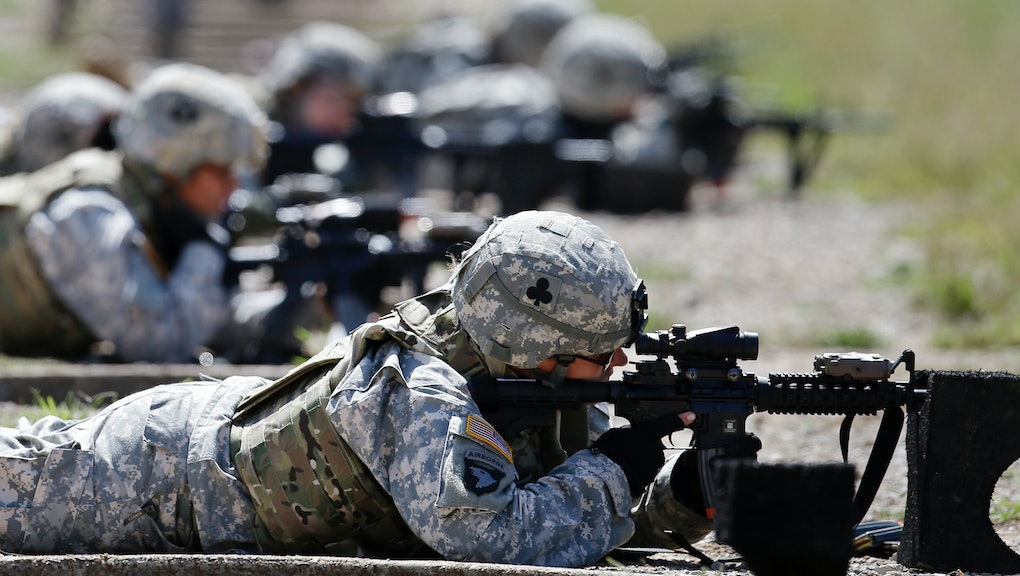 On Tuesday, senators voted in favor of a bill that would require women to register for the military draft when they turn 18, just as men do.

According to the New York Times, if signed into law, the legislation would go into effect on Jan. 1, 2018 and only apply to young women who turn 18 after that date. Women who fail to register would be subject to the same penalties that currently exist for men, including ineligibility for federal financial aid.

The question of including women in the draft has been a contentious one since United States Defense Secretary Ash Carter announced in December the historic decision to open all combat positions to women. At the time, Carter emphasized that making the U.S. military the "force of the future" depended on it.

"We can't afford to cut ourselves off from half of the country's talents and skills," he said.

Some counted the decision as a move toward gender equality, and on Tuesday politicians maintained a draft for women would be in the same spirit.

"The fact is every single leader in this country, both men and women, members of the military leadership, believe that it's fair since we opened up all aspects of the military to women that they would also be registering for Selective Services," said Arizona Sen. John McCain, who serves as the chairman of the Armed Services Committee, according to the Times.

Democratic nominee Hillary Clinton spoke out in favor of the bill on Wednesday, telling the Huffington Post, "I do support that," while making sure to reiterate she has always supported an all-volunteer military.

Opponents to the bill included former GOP presidential candidate Ted Cruz, who, appealing to his ethos as a father, said requiring young women to enlist makes "little sense at all."

"I could not in good conscience vote to draft our daughters into the military, sending them off to war and forcing them into combat," Cruz said.

"I think the change is inevitable, whether in this debate or through the courts."

Though it's unlikely there will be a military draft any time soon — the last one, the Times noted, was in 1973 during the Vietnam War — and a draft wouldn't solely place women in active combat positions, many feminist concerns still linger.

In December, Kim Tran, a gender and women's studies graduate student at University of California, Berkeley, told Mic in December 2015 she worried that the inclusion of women in all branches of the military disguises the colonialist and imperialist violence she sees inherent to the institution.

"For me," she'd said, "the most important question when it comes to women in combat has to do with the hidden anti-feminist economies of militarism."

Military policy analyst Nora Bensahel told the Times that Carter's decision sealed the fate for women and the draft.

"I think the change is inevitable, whether in this debate or through the courts," she said. "It just seems that now that you have women allowed to serve in any position in the military, there is no logical basis to say women should not be drafted."