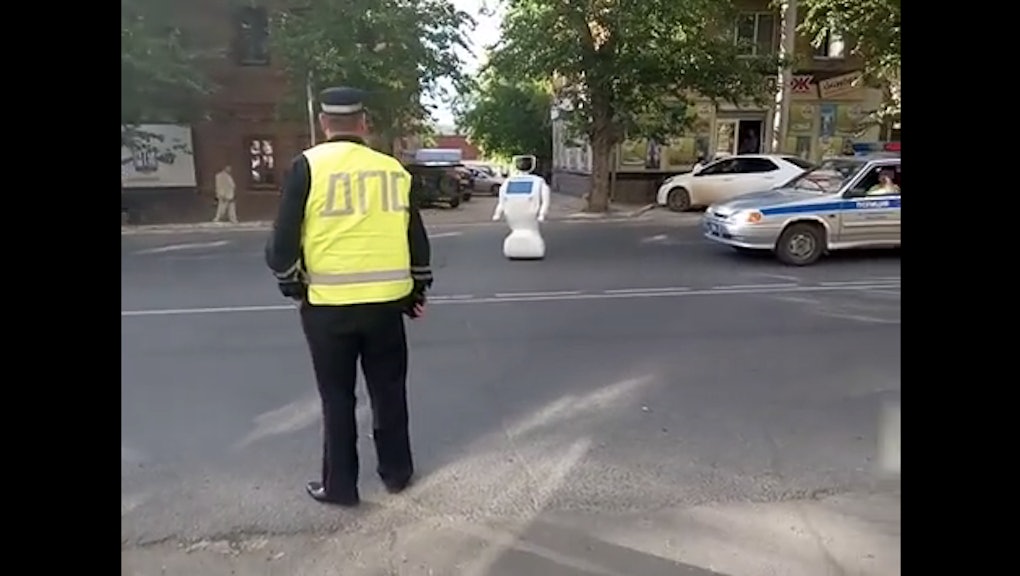 A runaway robot caused a traffic jam in Russia after it escaped from its testing area. RIP humanity.

"Our engineer drove onto the testing ground and forgot to close the gates," Oleg Kivokurtsev, co-founder of the company that made the robot, told RT. "So the robot escaped and went on his little adventure."

The robot — Promobot — is designed to aid in customer service. Kivokurtsev said in an email on Wednesday that the robot "really escaped" from the test area and caused a traffic jam. This was the first time a robot has fled the facility, he said.

It took the Promobot team 45 minutes to notice its Baymax lookalike had busted out. But it likely didn't get far — the Promobot can only move at just over three miles per hour.

And also, its battery died.

So, humanity's doom is on hold... until we equip our robots with more powerful batteries.

As for the runaway robot, Kivokurtsev said "everything is all right" and that the robot is in the office "happy and smiley."