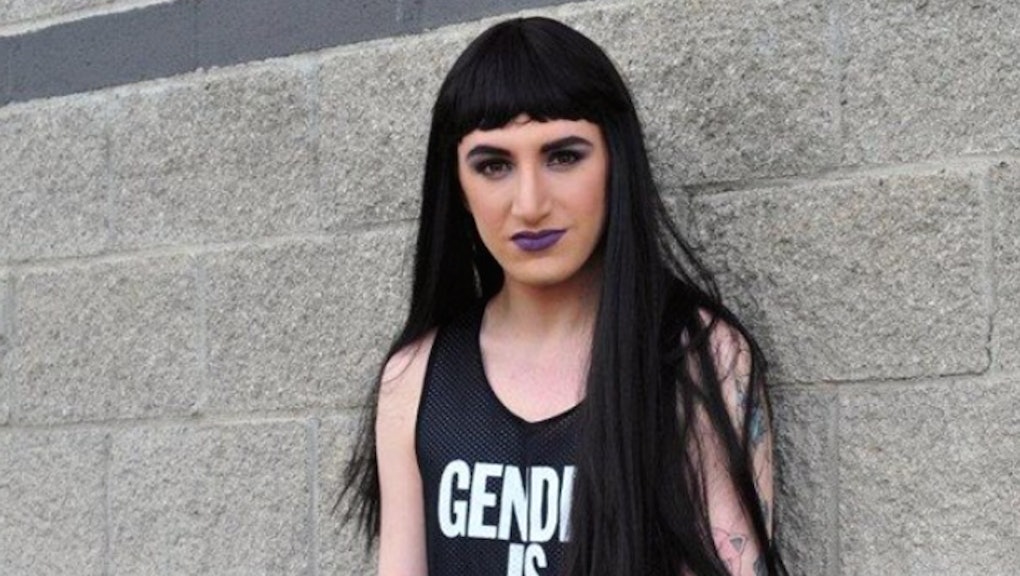 Queer rapper Michete is accusing Facebook for silencing "queer and trans voices on this subject," according to a now-viral Tumblr post.

"Apparently queer and trans people aren't allowed to be angry about tragedies that happen within our community and we're not allowed to encourage straight people to hold themselves accountable in any regard," Michete wrote of the Facebook post, which he wrote in response to Sunday's massacre at a gay Orlando, Florida, nightclub.

In the original post addressed to straight people, Michete addressed "fake solidarity," saying. "If you're going to stand with us today, stand with us every other day of the year," he clarified that means not casually using homophobic slurs or making fun of people for being too feminine or masculine.

After the post was removed by Facebook, Michete posted a screenshot of its removal, which indicated that the social media platform removed it because it failed to comply with the Facebook Community Standards, but provided no specific explanation.

Facebook then deleted the screenshot and temporarily banned the rapper from commenting, liking or posting anything for 24 hours and messaging others for 72 hours.

In the Tumblr post, Michete explains that it was the screenshot deletion which convinced him that it was something other than an automated algorithm catching the homophobic slurs mentioned in the post that led to the original post's deletion.