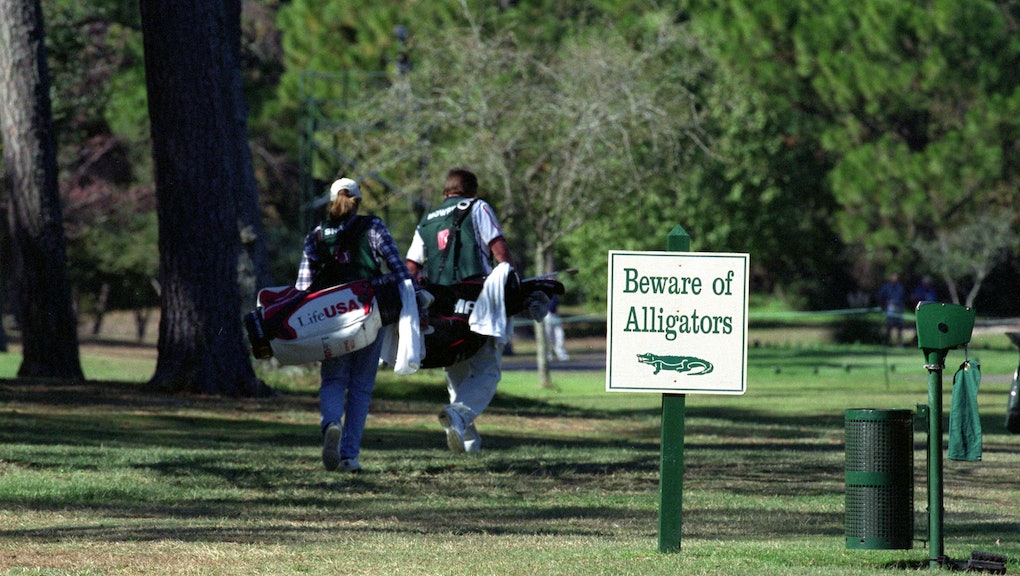 How Common Are Alligator Attacks in Florida? Here Are the Numbers

News of a toddler who was dragged into a lagoon by an alligator at a Disney resort in Orlando on Tuesday night made headlines across the country — but just how dangerous are the Sunshine's State's native alligators, and how often do they harm humans?

As the search continues for the 2-year-old boy who was attacked on Tuesday while on vacation with his family at Walt Disney World, Orange County Sheriff Jerry Demings told CNN that officials were "not likely going to recover a live body."

But this incident, while tragic, is relatively uncommon. As of April 2016, there had only been one unprovoked alligator attack in Florida for the year, according to the Florida Fish and Wildlife Conservation Commission.

In fact in 2015, there were 9 total unprovoked attacks by wild alligators in Florida, one of which was fatal. In a state that can see more than 97 million tourists a year in addition to its approximately 20 million residents, that means that the odds of being attacked by an alligator in Florida are almost negligble. Almost.