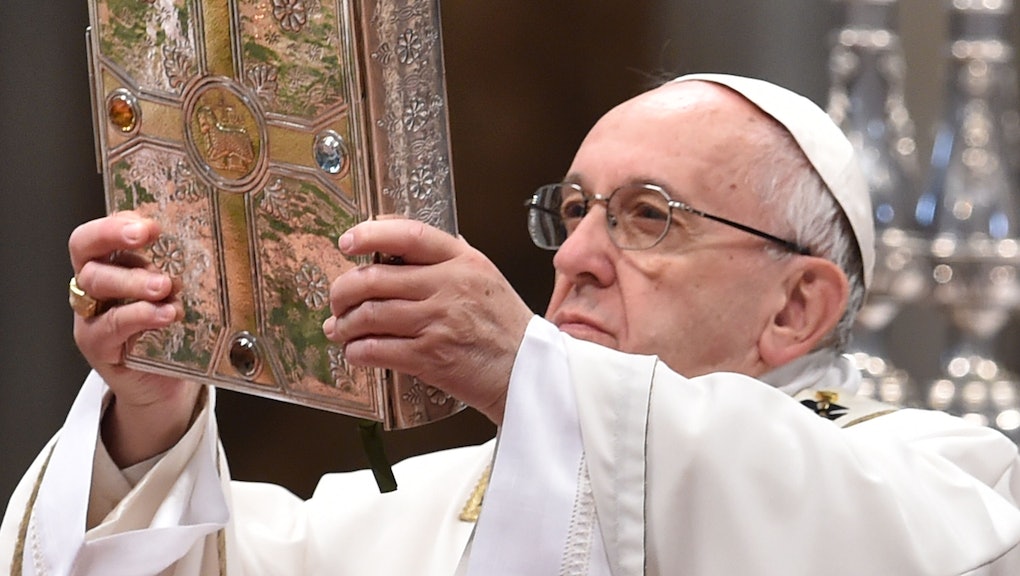 In the wake of a mass shooting at a gay nightclub in Orlando that left at least 49 victims dead and dozens more wounded, Christian pastor Roger Jiminez brazenly argued that the lives tragically lost in the massacre shouldn't be mourned because the Bible calls homosexuals sinners.

"Absolutely I think they are safer now because of these deaths, and the reason I think that is because I believe all of these homosexuals are pedophiles, and the Bible—see our culture and our society puts them in these categories—gay, lesbian, whatever, but that's not found in scripture. And I understand the world does not want to accept that, that's fine. I'm saying as a Christian, the Bible puts people in two categories: normal/natural, unnatural," said the pastor.

As troubling as his words may be, they shouldn't be surprising: Jiminez's argument reflects a disturbingly common trend among the religious right:

Homophobes citing the Bible as definitive proof that their anti-gay bigotry is legitimized by holy decree.

There's just one problem: a holy mountain of hypocrisy.

In an epic Twitter rant, user @CertifiedFool_ (whose handle belies his godly wisdom) just ripped through everyone who cites the Bible to discriminate against gay people.

He called them out for the number of "sins" they probably commit every single day if they don't live out the rest of their lives adhering to every word of the Bible:

...Basically everything that makes life bearable.

If you know a Christian who is still using the Bible to justify their anti-gay bigotry, remind them of Jesus' words on the matter: "Let he among us without sin be the first to condemn the 49 lives lost in the deadliest mass shooting in modern U.S. history."