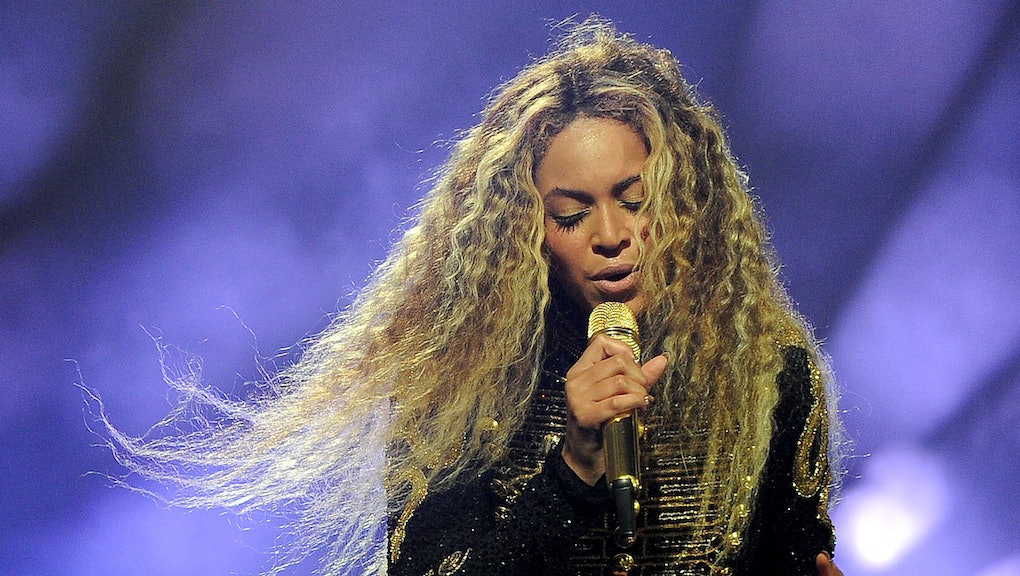 The show must go on. But there's still room for reflection in the process.

Beyoncé made that case on Tuesday night's Formation world tour stop in Detroit, in the wake of the shootings at a gay nightclub in Orlando, Florida early Sunday morning,

The Lemonade singer took a moment to honor the lives lost over the weekend in Florida after a gunman killed at least 49 people at Pulse gay nightclub was targeted by a man who pledged allegiance to ISIS. On Friday, singer Christina Grimmie was fatally shot by a man following a concert in the area.

"This next song is about love," Beyoncé told the cheering crowd in Detroit, Michigan. "I'd like to dedicate it to all of the family members who lost family members in Florida."

A piano accompanied the message as she spoke to the crowd just before launching into her 2008 hit single "Halo."

Some of those lyrics:

I found a way to let you in/ But I never really had a doubt/ Standing in the light of your halo/ I've got my angel now.