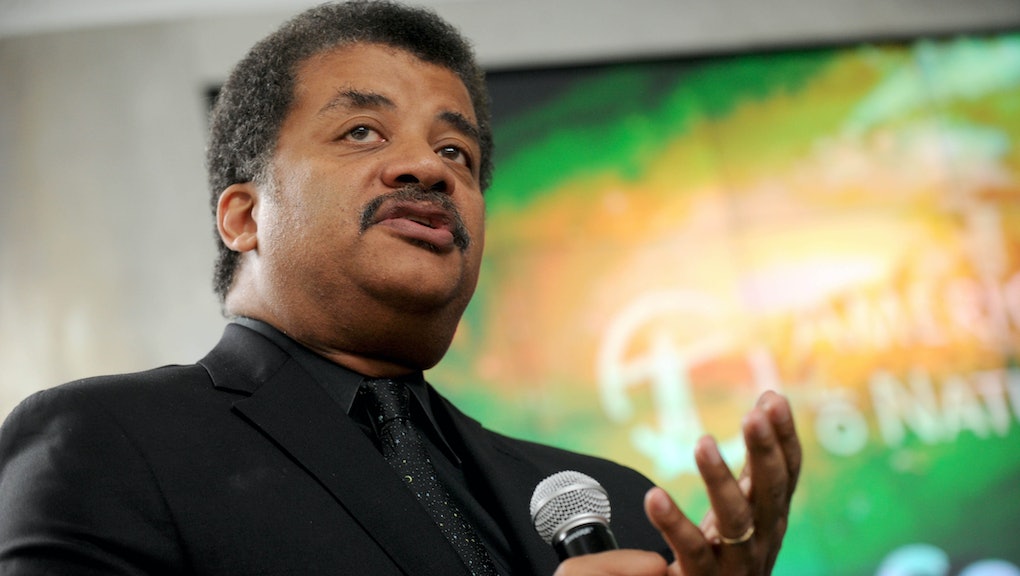 On Wednesday, celebrity astrophysicist Neil deGrasse Tyson honored the victims of Sunday's mass shooting at a gay nightclub in Orlando, which left at least 50 dead, including the gunman and 53 more wounded.

Tyson added his voice to the outpouring of LGBTQ-support on social media by tweeting out a scientific explanation of rainbows and how we've come to understand them throughout history.

He ended the science lesson with a powerful tweet showing the rainbow-colored LGBTQ pride flag next to the Orlando city seal.