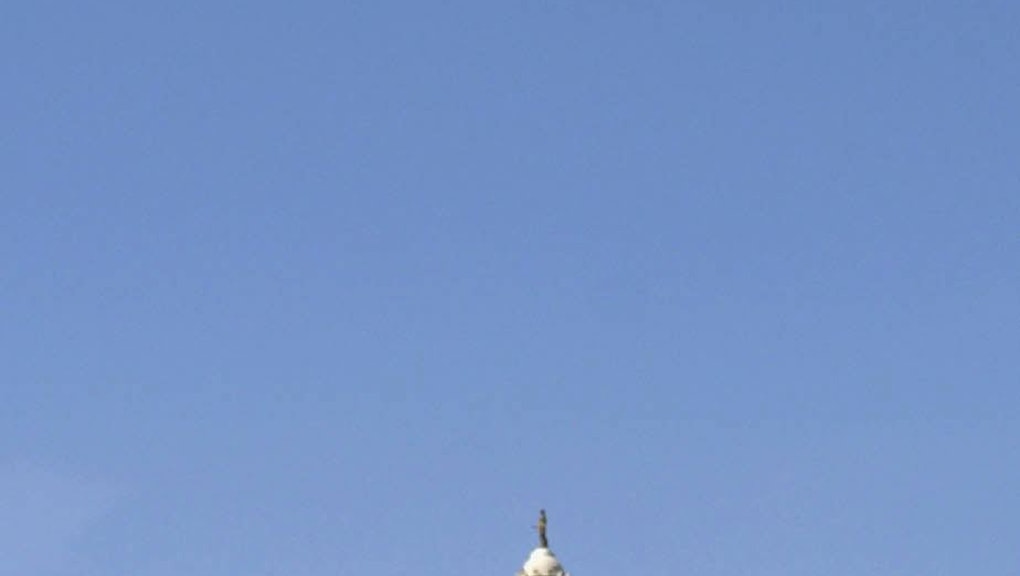 At First, This Missouri County Refused to Fly American Flag at Half-Staff After Orlando

In the morning after a gunman killed at least 49 people at Pulse — a gay nightclub in Orlando, Florida — President Barack Obama ordered the American flag to be flown at half-staff on public buildings across the country.

In a White House statement, the president described his decision as "a mark of respect for the victims of the act of hatred and terror perpetrated on ... June 12, 2016."

But officials in Cole County, Missouri, had other ideas.

According to the News Tribune, Commissioners Jeff Hoelscher and Kris Scheperle — who "have control over how the flags are displayed" in most of the county — outvoted Commissioner Sam Bushman to keep the flags flying exactly as they were before Sunday's massacre.

Their reasoning was... strange.

"I want to honor those who have served our country, but we can't lower it for every event like this that occurs," Scheperle told the Tribune.

"Lowering it too much takes away from the honor," Hoelscher added. "I feel for these victims and for their families, but I don't feel this was a time for the flag to be lowered."

The flag is typically lowered to honor U.S. soldiers who have died, and on days like Memorial Day and Pearl Harbor Day.

By these standards, Obama's proclamation deviated from standard procedure in Cole County, but Bushman said an exception should be made regardless.

"I agree we don't need to lower the flag for everything, but something like this, I think it's appropriate," he told the Tribune.

At least one U.S. service member — a Marine named Imran Yousuf, who served in Afghanistan and was a bouncer at the Pulse nightclub — is credited with saving dozens of lives during Sunday's shooting.

On Tuesday, responding to popular outrage, the commission reversed its decision.

Both Hoelscher and Scheperle are Republicans, and Scheperle's Cole County Staff page touts his pride in the region's "strong Christian values."

Neither men immediately responded to Mic's request for comment.