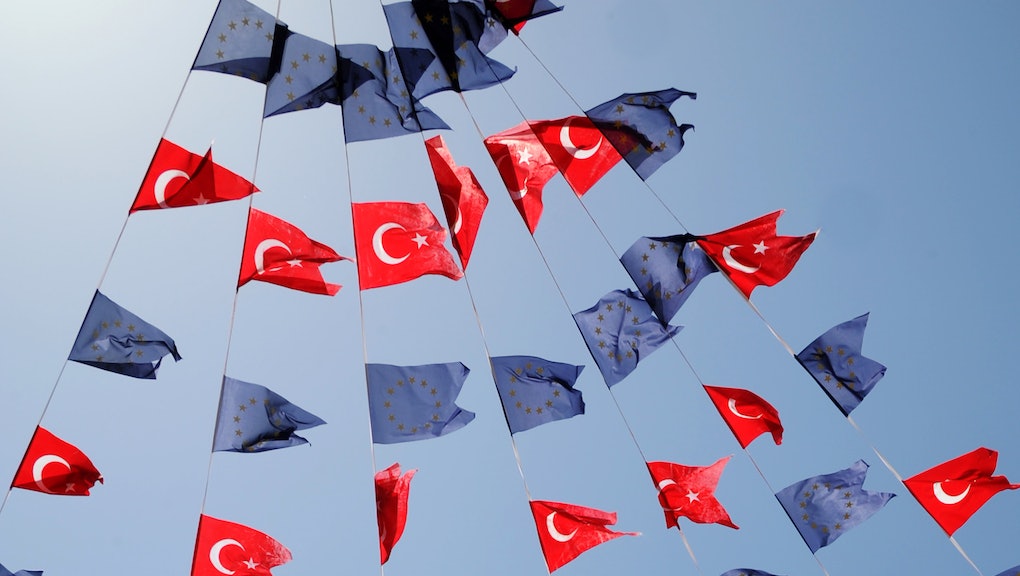 Turkey was offered visa-free travel in the Schengen zone — which includes all of the European Union, with the exception of the United Kingdom and Ireland — in exchange for meeting 72 different conditions. It was part of the controversial EU-Turkey refugee deal struck in March and the visa-free provision was considered a big win for Turkey.

But on Wednesday, the EU confirmed Turkey has only met 65 of those conditions, meaning they have missed their June deadline for the EU's approval of visa-free travel for Turkish citizens.

Many of these conditions have to do with border security and human rights.

Yet an independent delegation comprised of three European Union Parliamentarians visited "removal centers" in northern Turkey in May to assess the efficacy of the refugee deal on the ground. Their report was condemnatory.

"Everyone who is not Syrian or Iraqi is immediately sent back regardless of their situation, in clear violation of the principles laid down in the Geneva Conventions," Spanish MEP Marina Albiol Guzmán, one of the three delegates, wrote in their official evaluation.

And in the month prior, Amnesty International found Turkey was, in fact, sending some of those Syrian refugees back across the shared border into Syria.

"Large-scale forced returns of refugees from Turkey to war-ravaged Syria expose the fatal flaws in a refugee deal signed between Turkey and the European Union earlier this month," Amnesty International said in its statement.

The most contentious of these 72 conditions is the insistence upon the EU that Turkey amend its counterterrorism laws. However, the increasingly autocratic Turkish President Recep Tayyip Erdogan is strongly resistant to the idea as his country is embroiled in two military struggles with ISIS and Kurdish nationalists, respectively.

News of the failed visa-free provision follows the resignation of Hansjörg Haber, the EU ambassador to Turkey, who stepped down on Tuesday. Both debacles indicate enfeebled relations between Turkey and the EU, further straining their already tenuous deal.