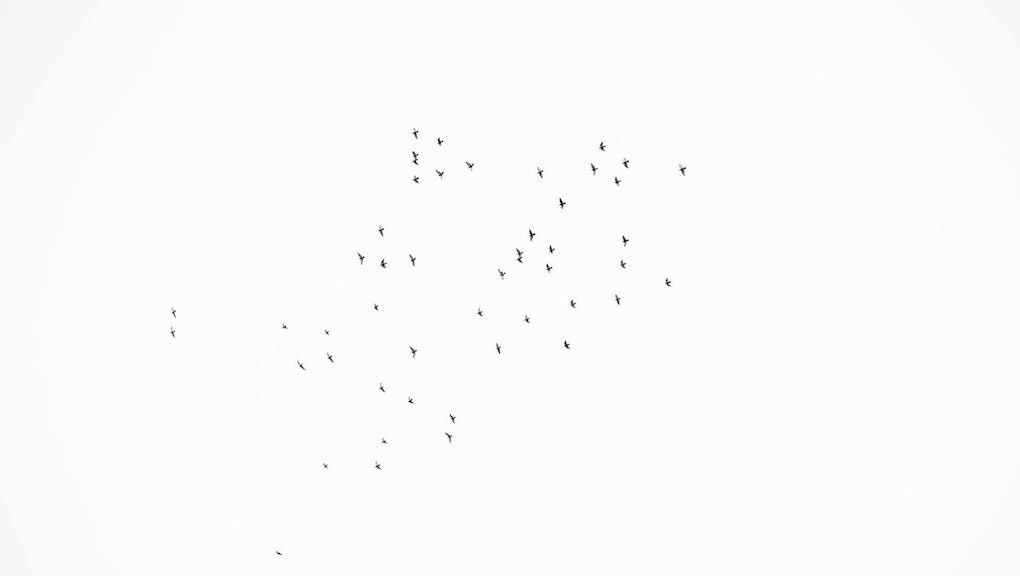 While attending a candlelight vigil at the Dr. Phillips Center for the Performing Arts on Monday in Orlando, Florida, in honor of the victims of Sunday's massacre, a photographer captured a candid image of exactly 49 birds flying overhead.

The number is identical to the number of people killed by a gunman at Pulse nightclub.

"There were 49 birds, my friends," the photographer wrote on Facebook. "The fallen were with us tonight."

The birds appeared during a moment of silence.

A spokesperson for the center confirmed that the passing birds were a surprise, and that no birds were released during the vigil. At a different vigil about 60 miles away in Lakeland, Florida, 49 doves were released, although the birds in the image appear to be black.

The mass shooting — which was the deadliest in modern U.S. history — has prompted a string of global vigils.