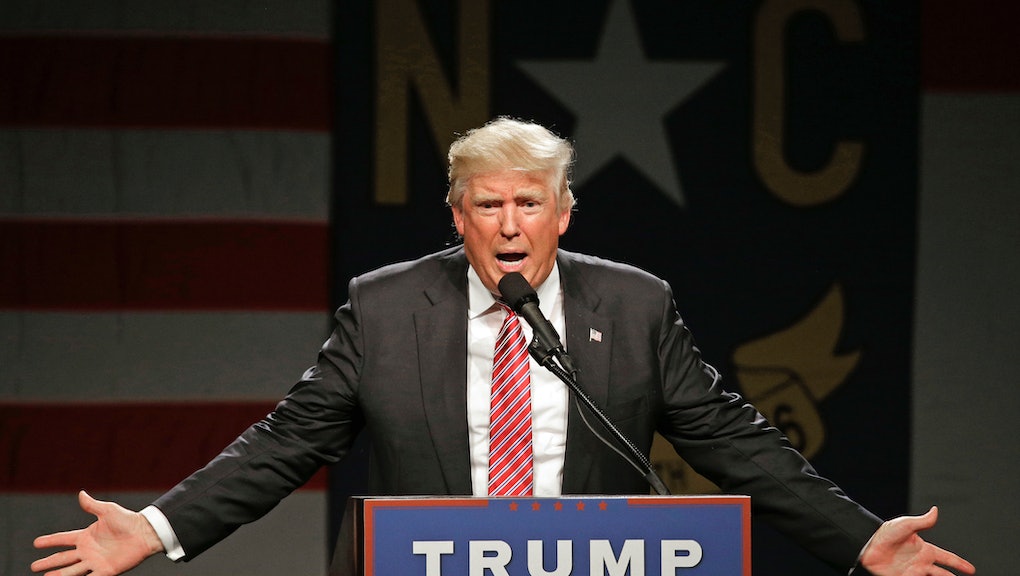 Donald Trump Implores World to "Ask the Gays," Gays All Too Happy to Oblige

Presumptive Republican nominee and former reality TV human Donald J. Trump is pretty sure everyone likes him — especially "the gays."

In a campaign speech on Wednesday, Trump bragged about his relationship with the gay community, urging everyone to "Ask the gays what they think and what they do in ... Saudi Arabia ... you tell me who's your friend, Donald Trump or Hillary Clinton?"

Oh, and as for that question about Trump vs. Hillary?

The memes, they burn.