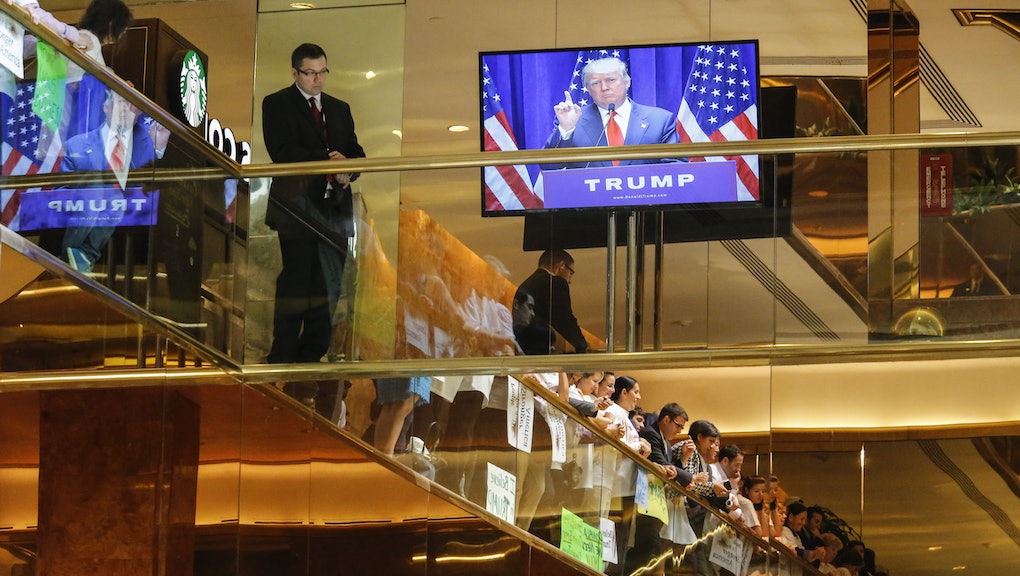 June 16, 2015: Donald Trump and his ex-model wife, Melania, glided down an escalator in his Manhattan skyscraper as Neil Young's "Keep On Rockin' in the Free World" blared through the gleaming lobby.

He railed against what he called the "big lie" of Obamacare. He slammed America's political elites as the "stupid" puppets of lobbyists.

Read more: We Underestimated Donald Trump in the Primary. Are We Making the Same Mistake Again?

But he said he had the answer to the nation's many grave ills: "Ladies and gentlemen, I am officially running for president of the United States and we are going to make our country great again."

Many people scoffed at Donald Trump and his lofty promises.

"I can't tell if this is politics, or if this is just PR from a celebrity," sneered MSNBC's Rachel Maddow.

But a year later to the day, the bombastic real-estate billionaire has surfed a wave of American rage to capture enough delegates to win the GOP nomination.

Over the course of a controversial and seemingly seat-of-the-pants campaign, he laid waste to more than a dozen primary opponents, and is squaring off for a general election duel with Democrat Hillary Clinton.

The campaign has featured moments never before seen — or possibly even imagined — in U.S. electoral history, from Trump's early denunciation of some Mexican immigrants as "rapists" and drug pushers to later debate exchanges about the size of his private parts.

Some in the GOP are still struggling to get behind their presumptive nominee. Others are simply wondering what the hell happened.

And many more are wondering what America would look like under a President Donald J. Trump.