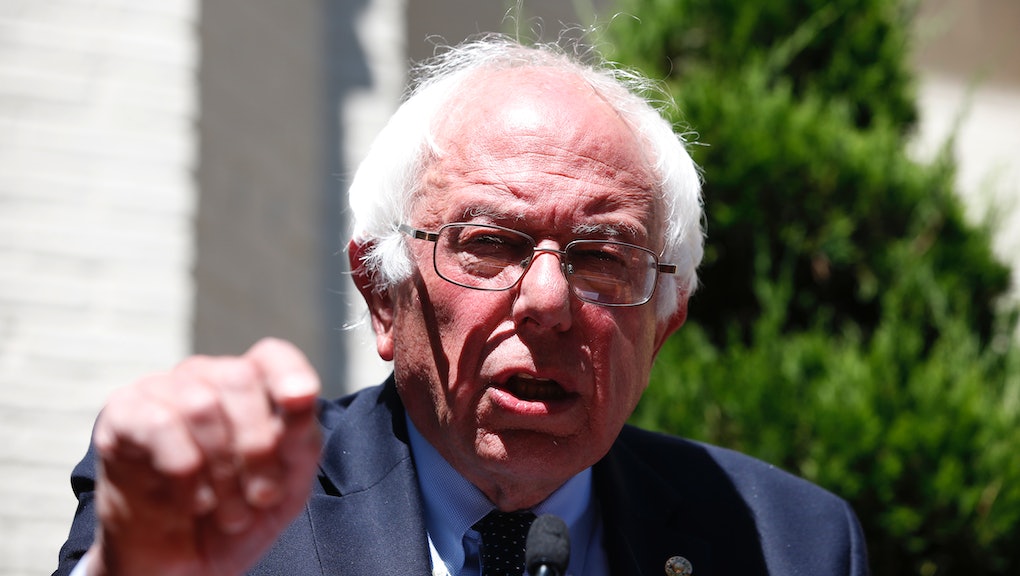 One Big Name Was Missing from the Democrats' Gun Control Filibuster: Bernie Sanders

Democrats' filibuster to force a vote on a gun control measure barring suspected terrorists from purchasing guns lasted until the wee hours of Thursday morning, and actually resulted in scheduling a vote on the measure.

And while many on Twitter are celebrating the step toward reforming the country's gun laws, others are pointing out the notable absence from the list of senators that participated in the 14-hour stunt: Sen. Bernie Sanders.

But Sanders, who is home in Burlington, Vermont, to address his supporters about his post-presidential primary plans, was not among them.

Sanders tweeted his support in absentia.

But that was not enough, he was called out for his absence, many using the hashtag #WheresBernie.

Some said he "turned his back" on them.

Others called it "political malpractice" for Sanders to not be part of the movement.

While many did what Twitter users do best: make jokes about his lack of participation.