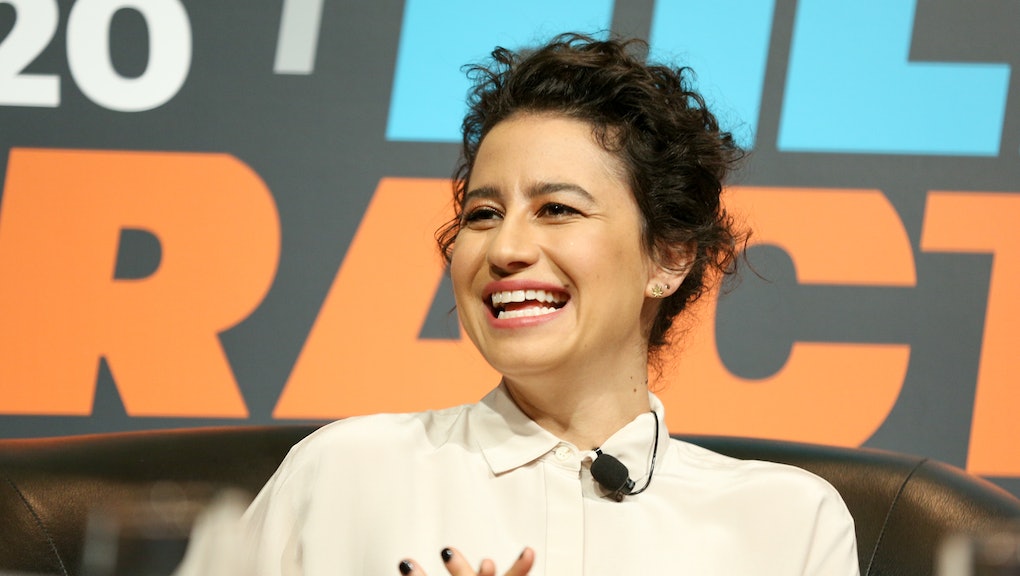 It sure is comforting to know, however successful you may be as a woman, you'll still have to deal with the same misogynistic crap as the rest of us.

In a roundtable with the Hollywood Reporter, Broad City's Ilana Glazer dished on some of the subtle sexism she and co-star Abbi Jacobson face even on the set of their own show.

"Recently, this guy was calling us 'ladybugs" and 'love bugs,'" Glazer told the Reporter. "We're like, 'We have a show — you are helping run the promo for the show that we created!'"

Glazer said people also tend to blur the lines between her and her character and believe they are entitled to her body.

Bloom, who lived with Glazer in Brooklyn after college, said she learned tactics for dealing with street harassment from Glazer.

"Her advice for it was to go, 'Suck my dick!'" said Bloom, who stars in My Crazy Ex-Girlfriend. "Because here's what it does: The guy is having a mental image of you, like, naked, and then when you go, 'Suck my dick' or 'Lick my balls,' it throws them for a loop. They're like, 'Wait, she has balls? What am I picturing now?'"

While it's perhaps not the most sensitive way to go about taking down one's harassers, it's sure to get a woman at least a moment's peace and quiet.