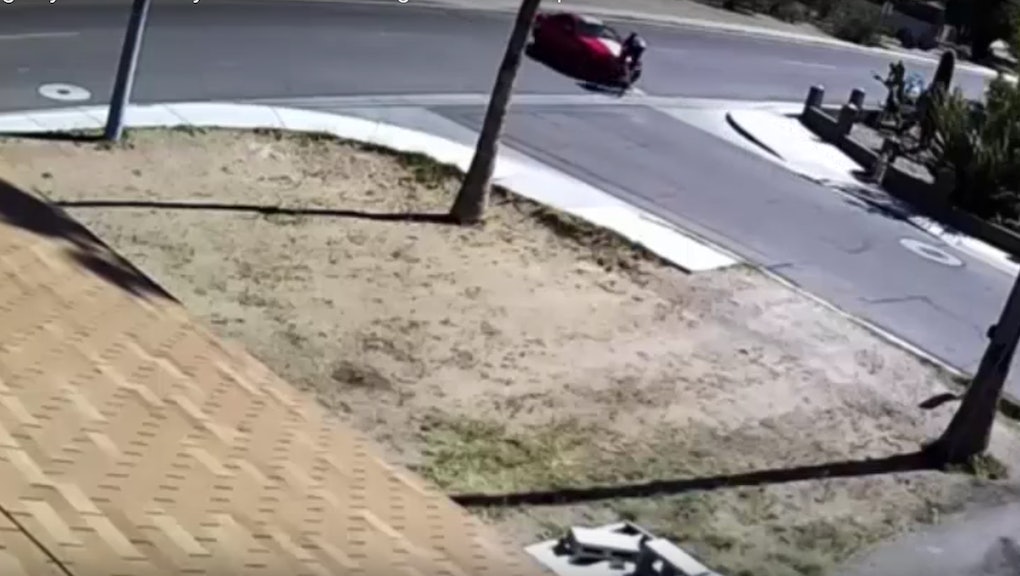 Phoenix resident Misty Lee Wilke's boyfriend told the 43-year-old woman his HIV status during an argument on April 29, according to court records.

As the confrontation escalated, she struck him with her car, allegedly because of his status, local affiliate FOX10 reported. After hitting him with her car, her boyfriend fell to the ground and two cyclists came over, presumably to offer help.

A nearby security camera captured the harrowing footage. According to FOX10, Wilke fractured the man's vertebra and caused him a head injury that required staples.

Investigators found hair and blood from the victim and paint from his bike on Wilke's car when they finally tracked her down. Wilke faces two counts of aggravated assault.

HIV stigma — unfounded attitudes or beliefs people have about HIV due to ignorance and fear — is rampant in society.