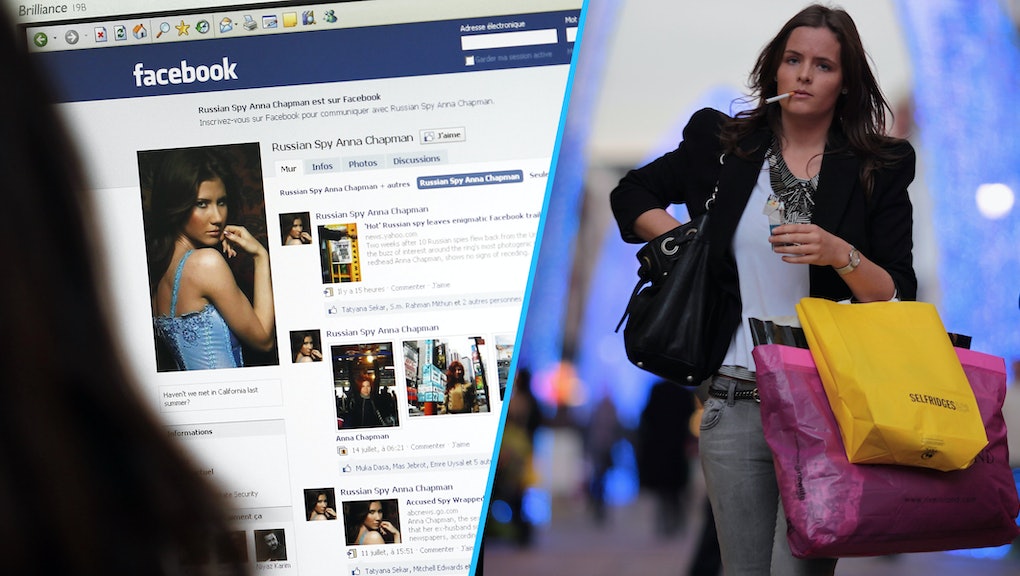 Minority Report shows a future society where characters pass by a billboard that custom-tailors an advertisement to that character's needs.

We don't have retinal scanners or chips under our skin to tell advertisers and stores where we are, and what we want to see. Instead we have our cell phones, and that's all advertisers need.

Facebook added new measurement tools on Tuesday that allow companies to track people who are entering their stores and deliver ads directly targeted to people in the surrounding area.

Facebook is building the most sophisticated, surveillance-fueled advertising business in the world. But, as Facebook points out on its blog, 90% of retail shopping still happens in physical stores, so it's looking for ways to combine the real-life experience of shopping with the fact that 45% of people have their phone out while shopping to help them browse.

In order to build this advertising business, Facebook will have to track the stores all of its users enter.

Last summer, Facebook handed out "beacons" to some retailers — little devices that sensed when smartphones were nearby and could push ads to those phones.

You could always turn your location services off, but then you'd miss out on the ubiquitous surveillance — er, sweet deals.