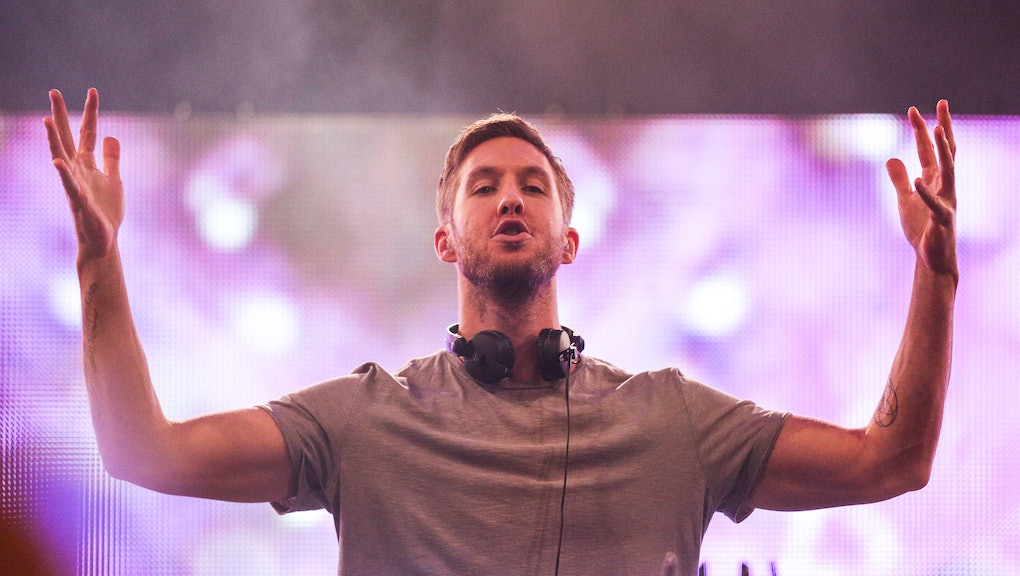 First photos surfaced of the 26-year-old pop star making out with the Night Manager himself, two weeks after her purportedly amicable split from the Scottish hitmaker. Since then, the internet has been awash in outrage. How could Swift betray Harris so quickly, so heartlessly, so openly, Twitter wondered aloud.

Only adding to the perceived injustice, Swift's seafront Hiddlestoner sesh stole her ex's thunder: Harris is about to release a new music video with Rihanna. Accordingly, the DJ and producer has reclaimed the break-up narrative by trumping Swift's PDA pics with a pair of sultry RiRi Instagram posts.

Both are captioned "F R I D A Y," which is the release date for their latest single, "This Is What You Came For."

Unfortunately, though, Swift won't see these photos on her feed because the exes have unfollowed one another on all social media platforms (as a study has shown one should do). Despite having erased the ghost of his former girlfriend from his Instagram account, Harris allegedly still "feels betrayed by her."

A well publicized hangout with Rihanna, however professional that hangout probably was, may be a balm for his wounded ego.