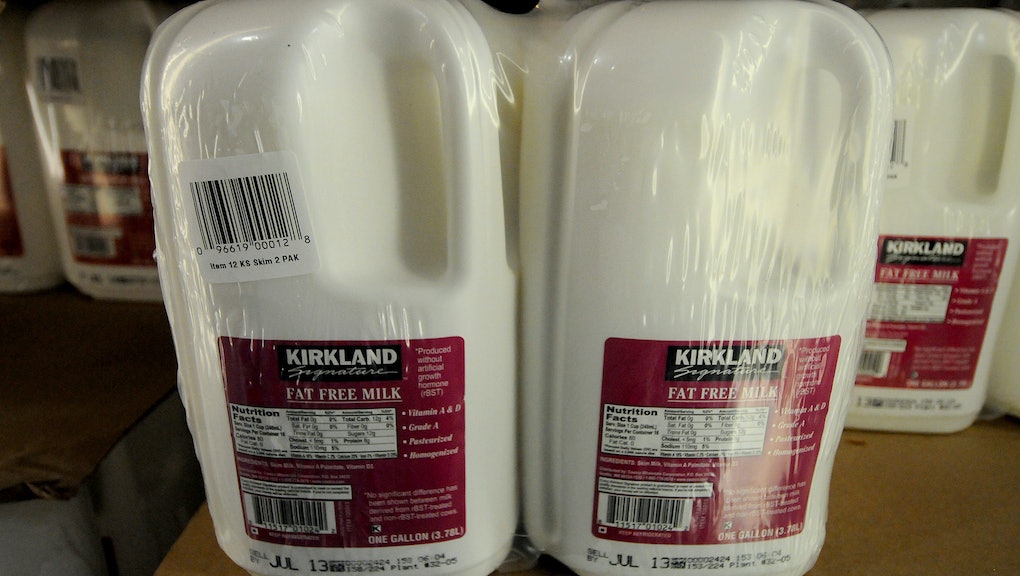 "Sell by," "Use by," "Best by" and "Eat before" are the phrases food manufacturers use to indicate freshness — and they are crazy confusing for consumers. Can you eat a yogurt if its "sell by" date was yesterday? Will your insides shrivel up if you chow down on unopened cereal that supposedly expired in 2015?

"I think a lot of people look at the date and throw a food directly in the trash," Emily Broad Lieb, Director of the Harvard Food Law and Policy Clinic, said over the phone.

Checking the date on a food and immediately tossing it in the garbage is a costly habit, though. According to the Food Date Labeling Act of 2016, a federal bill introduced in May 2016, Americans waste an estimated $29 billion every year because they're confused over the meaning of food date labels. This staggering amount is based on research from ReFed.com.

"Honestly, it could be more," Broad Lieb said.

Here's the kicker: Expiration dates have nothing to do with food safety.

So pipe down, hypochondriacs.

Roughly 20% of the food consumers waste is because of these hard-to-understand labels, and the Natural Resources Defense Council noted that the this confusion leads the average American family of four to throw out roughly $1,500 worth of food every year.

Luckily, lawmakers are finally wising up to this expensive mess. In May 2016, Sen. Richard Blumenthal (D-Conn.) and Rep. Chellie Pingree (D-Maine) introduced the Food Date Labeling Act, which aims to standardize labels.

Instead of three ambiguous phrases (sell-by, best by, and use before), the Food Date Labeling Act proposes replacing them with two new phrases. Each food product that requires a date label will have one of the two phrases below.

This label will be used to indicate a "quality date" on groceries and ready-to-eat-food, the bill stated.

This reflects the date when the food product is no longer safe to eat. Broad Lieb noted that it will be up to the Federal Drug Administration and U.S. Department of Agriculture to determine which products need the safety-based "expires on" label.

For foods that currently carry "sell by" dates, the "expires on" label could be a game changer when it comes to helping consumers avoid unnecessary waste.

"This common sense legislation will provide consumers with clarity that will help them save money on their grocery bills and prevent perfectly safe food from going to waste," Senator Blumenthal said in a press release.

Broad Lieb said over the phone that if all goes well in Washington, consumers will see these labels in two to five years.

"With the election coming up, it's hard to tell how fast something will happen," she said, noting that food manufacturers will have two years to comply once the legislation is officially passed.

While you wait for these new labels to come to fruition, consider changing a few of your current habits.

In the meantime, you shouldn't blindly throw out foods based on sell-by dates. The USDA's FoodKeeper app, which provides information on the actual shelf life for roughly 400 products, can help you figure out which foods are still A-OK to eat.

Get this: Even that funky-smelling milk in the back of your fridge doesn't necessarily need to be tossed. You can use sour milk as a substitute for buttermilk in homemade pancakes. (Of course, you should use your own judgment to decide what is sour and what is spoiled.)

But that fridge crisper drawer that's a graveyard of weeks-old vegetables? Yeah, you probably want to compost those bad boys.