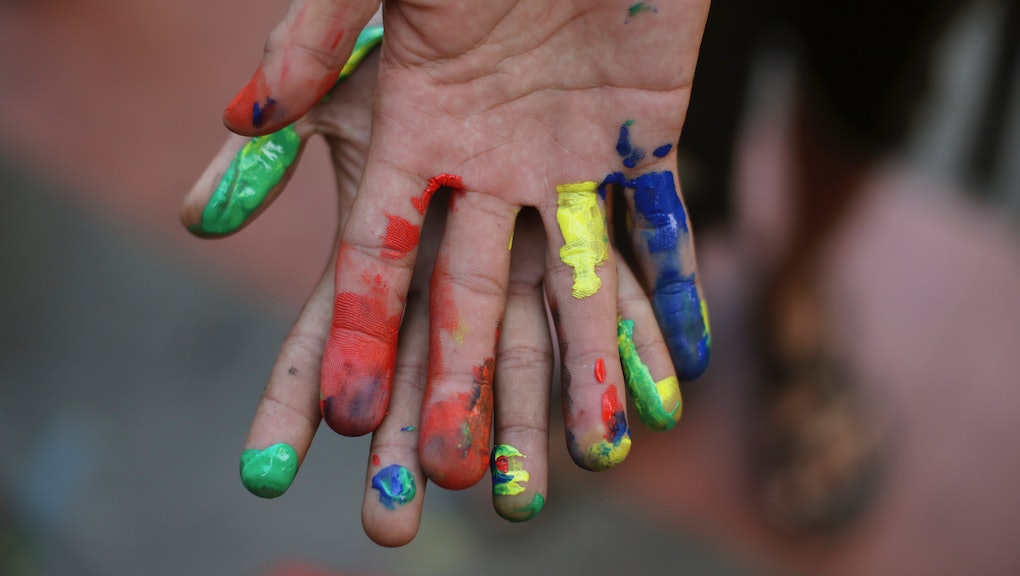 Earlier this week, JetBlue announced the company would offer free flights to and from Orlando for the family members of the Pulse nightclub shooting.

On Tuesday, the company — and its passengers — took it a step further.

According to a Facebook post, when the grandmother of Luis Omar Ocasio-Capo, who was killed on Sunday, boarded her JetBlue flight, the crew went the extra mile to make her trip as comfortable as possible.

JetBlue flight attendant Kelly Davis Karas wrote in the post that she and her coworker Melinda accompanied Ocasio-Capo's grandmother onto the plane prepared with a blanket, box of tissues and water. "She was understandably distraught, but met us with kindness and gentleness," wrote Karas. "And gratitude."

But Karas said it was the rest of the passengers on the flight who truly inspired her. When she and Melinda came up with the idea to pass around a piece of paper for passengers to sign for Ocasio-Capo's grandmother, expecting them to write a line or two, they surprised them by writing paragraphs. With just an hour and a half left of the flight, Karas and her coworker raced to get a piece of paper to every passenger on the flight before they landed.

Before the flight ended, everyone on board observed a moment of silence for Ocasio-Capo and the Orlando shooting's other 48 victims.

As passengers deplaned, Karas said every single one of them offered their condolences to the grandmother. "Some just said they were sorry, some touched her hand, some hugged her, some cried with her," Karas wrote. "But every single person stopped to speak to her, and not a single person was impatient at the slower deplaning process."

Karas said after such a devastating tragedy, the moment restored her faith in humanity.

"People DO care," Karas wrote. "And through our customers' humanity today, and through the generosity of this wonderful company I am so grateful to work for, I am hopeful that someday soon we can rally together to make the world a safer place for all."