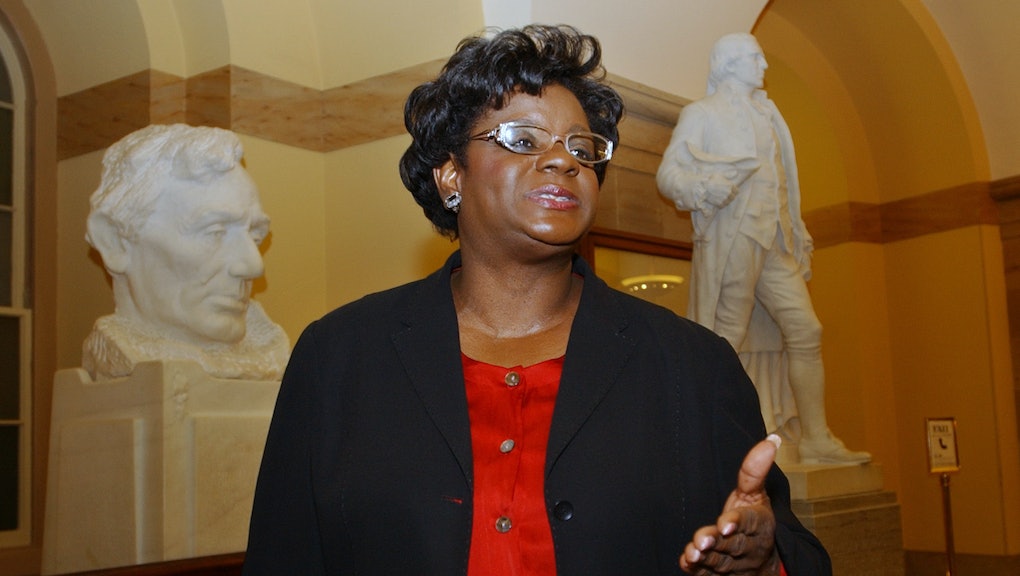 Conservative legislators have long backed efforts to drug test the poor as a measure to block them from receiving welfare — and Wisconsin State Rep. Gwen Moore is fed up.

Moore is slated to introduce a bill on Thursday that would treat the rich the same way the system seeks to treat the poor. According to the Guardian, the legislation, called the Top 1% Accountability Act, would require the rich to take a drug test in order to be eligible for tax deductions.

"[I'm] sick and tired, and sick and tired of being sick and tired, of the criminalization of poverty," Moore told the outlet. "We're not going to get rid of the federal deficit by cutting poor people off SNAP [Supplemental Nutrition Assistance Program]. But if we are going to drug test people to reduce the deficit, let's start on the other end of the income spectrum."

If the bill passes, anyone with a federal income of over $1 million would have to submit a recent, clean drug test to the IRS upon filing annual taxes.

Just this past November, a law went into effect in Wisconsin requiring welfare and food stamp applicants to take drug tests. After looking at the data from Wisconsin and six other states that screen welfare recipients, ThinkProgress found that out of the thousands of recipients, five out of six states had less than 1% of recipients who tested positive.

"As I spent more time listening, and really learning the root causes of poverty, I realized something," said Ryan. "I realized that I was wrong. 'Takers' wasn't how to refer to a single mom stuck in a poverty trap, trying to take care of her family."

Moore told the Guardian she hopes her legislation can start similar conversations and change attitudes about "fair tax policy."

"The benefits we give to poor people are so limited compared to what we give to the top 1%," she said. "It's a drop in the bucket."