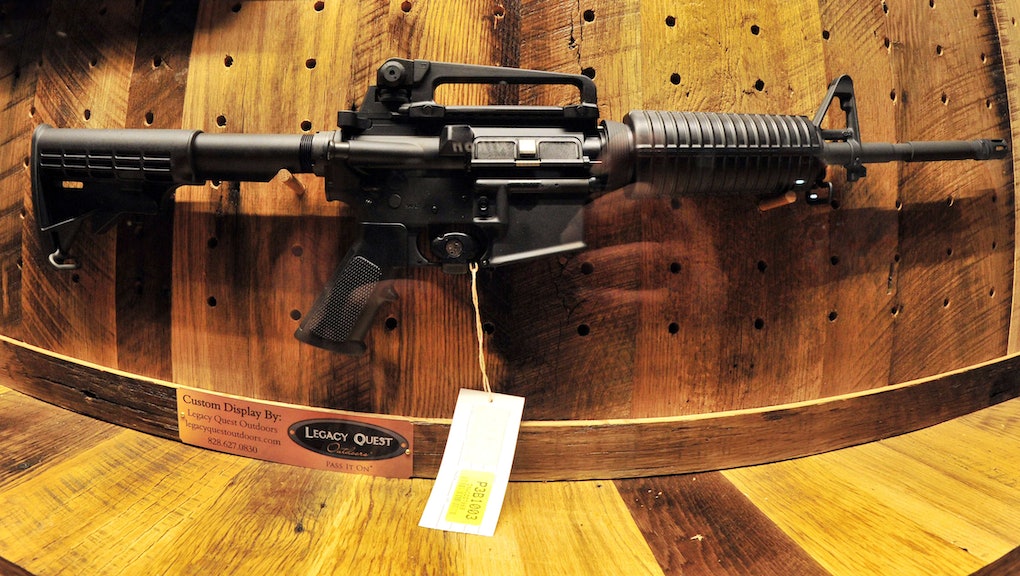 Family of Eugene Stoner, Who Invented the AR-15, Said He Never Intended Them for Civilians

The children and grandchildren of Eugene Stoner, who invented the original AR-15 rifle, which is similar to the weapon used in Sunday's mass shooting at an Orlando gay nightclub, said he would have been "horrified" and "sickened" at how variants of the semi-automatic rifle have been used. Stoner died at 74 in 1997.

"After many conversations with him, we feel his intent was that he designed it as a military rifle," family members of Stoner anonymously told NBC News Wednesday.

AR-15 style firearms have been the go-to weapon for a number of America's worst mass shootings, including a primary school in Newtown, Connecticut, in 2012 — killing 26 — and, more recently, in the Orlando, Florida-based gay nightclub Pulse on Sunday — which left at least 49 dead and 53 injured.

"Our father, Eugene Stoner, designed the AR-15 and subsequent M-16 as a military weapon to give our soldiers an advantage over the AK-47," his family said of the former marine. "He died long before any mass shootings occurred, but we do think he would have been [as] horrified and sickened as anyone, if not more, by these events."

Stoner invented special .223 caliber bullets to go with the rifle, which, when shot from as far as 500 yards, can penetrate a metal helmet. They were the very same bullets used in the Orlando massacre.

What's more, the rifle has successfully been marketed more as a toy than a weapon of war. And it's been bound to a particular strain of patriotism, with the National Rifle Association describing it as "America's most popular rifle."

And the NRA has fiercely advocated for preventing the introduction of gun control, which would potentially ban the roughly 3 million AR-15s floating around the civilian population.

Since the Orlando shooting, the organization has been busy campaigning on Twitter.

Igor Volsky, the Deputy Director of the Center for American Progress Action Fund, used Twitter to make a different political statement regarding gun control. After the San Bernardino shooting, which left 14 dead, he began tweeting out how much lobbying money the NRA gave American politicians who offered only "thoughts and prayers" in the wake of the tragedy, refusing to address gun control.

While a CBS News poll released Wednesday shows 57% of Americans support the ban of guns like the AR-15, NRA lobbying power might end up subverting democracy and prevent such a ban — much to the disappointment of its inventor — just as it has done so many times before.