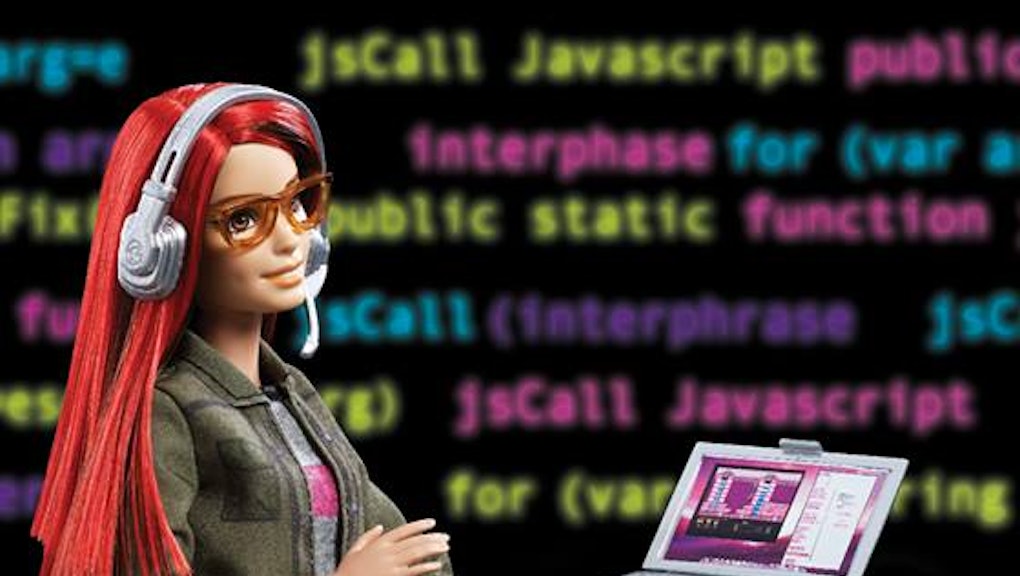 Mattel just introduced a game developer Barbie with the message, "You can be anything" — and based on recent events, one of the things you can be is a target for aggressive misogyny.

Game developer Barbie has red hair, glasses, a tablet and a laptop. But some men are not having it.

One user edited the photo with some colorful commentary, pointing out developer Barbie's "gamer hair," a jacket strategically covering her butt and a screen likely riddled with harassment.

Someone also just straight up put a man's face where developer Barbie's should be.

A few others commented on game developer Barbie's appearance.

One user compared her to Brianna Wu, a game developer who publicly condemned Gamergate and has had her personal details leaked on 8chan, leading to threats to her safety.

Game developer Barbie marks another effort from Mattel to create a more diverse range of dolls rather than just princesses and mermaids. It recently released Barbies with new body types and skin tones to offer a more healthy and realistic representation of the girls that play with them.

While sending the message to young women that they can do anything is great, maybe we should also spend more time telling men to be better.