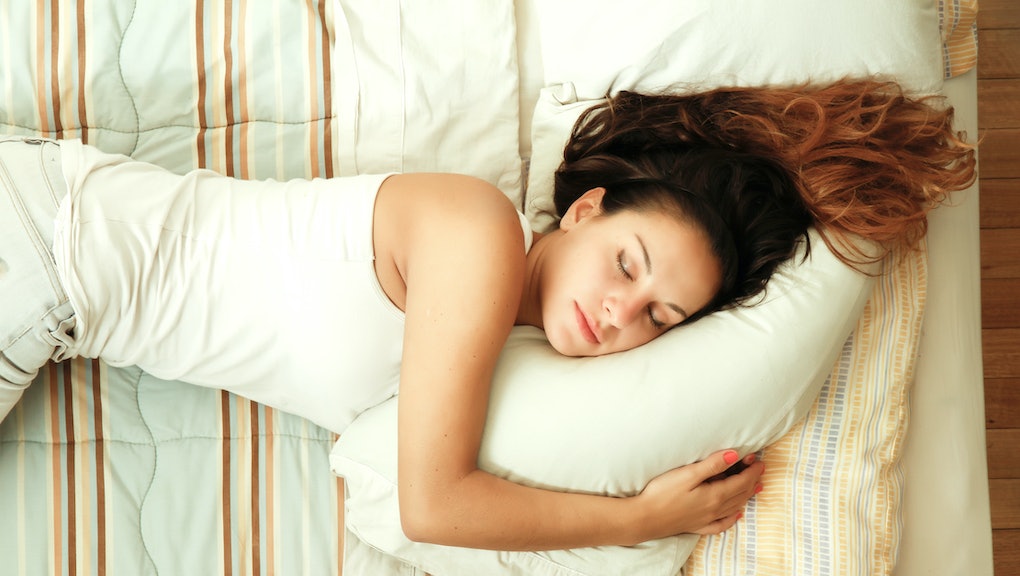 Go Back to Sleep, Say Researchers — No, Really

If nothing else, we've got this sleeping thing down. Right?

According to an article published on the Conversation this week, we should maybe consider dividing up our sleep into two separate chunks. That's right — go back to sleep.

Instead of trying to get seven to nine hours of uninterrupted sleep each night, sleep researchers Melinda Jackson and Siobhan Banks suggest that dividing up our sleep schedules into two smaller chunks, a "bi-phasic" sleep pattern, could be more natural.

Having two sleeps with some downtime in between comes with benefits, like having "two periods of increased activity, creativity and alertness across the day, rather than having a long wake period where sleepiness builds up across the day and productivity wanes."

In fact, according to Jackson and Banks, for much of human history people had a "first and second sleep" each night, waking up in the middle to do fun stuff like "relax, ponder their dreams or have sex" and some less fun stuff like "sewing, chopping wood or reading, relying on the light of the moon or oil lamps." But the practice seemed to fall out of favor after the Industrial Revolution — and now, with most of our schedules built around ideas of daytime and nighttime, it could be hard to bring back.

But if you can swing it, maybe consider trying out a "bi-model sleep pattern" — especially if you're having trouble maintaining a "consolidated sleep" every night. Good luck explaining to your boss why you have to leave at 3 p.m. to start your first sleep, though.