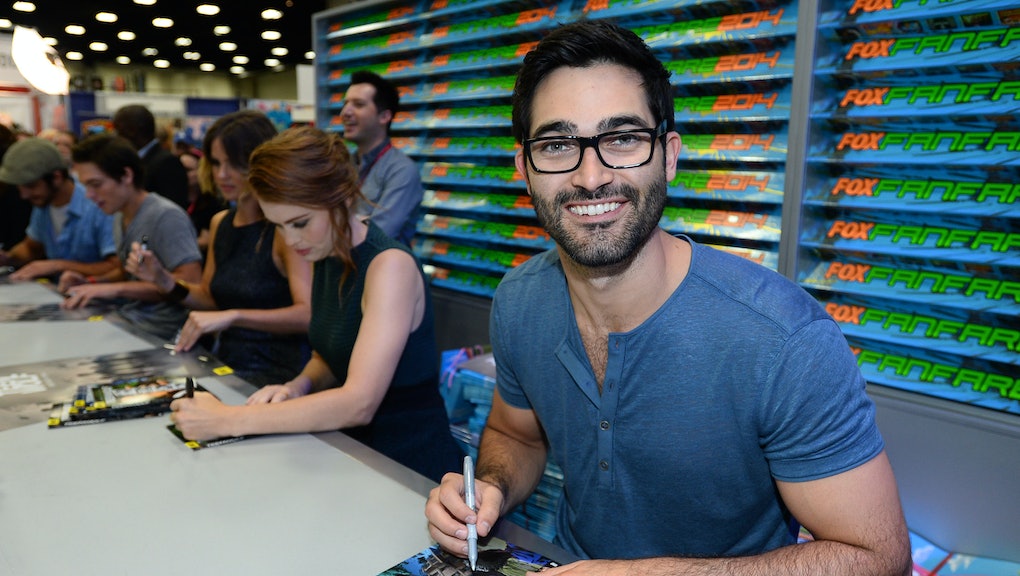 Who Is Tyler Hoechlin, the Actor Just Cast as Superman on 'Supergirl'?

Superman is coming back to the small screen — and this time he'll be played by Teen Wolf star Tyler Hoechlin. On Thursday, Entertainment Weekly reported that the actor had been cast to play Clark Kent alongside star Melissa Benoist on the CW series Supergirl when it returns in the fall.

Hoechlin previously appeared on MTV's Teen Wolf as a teen werewolf (obviously) and in Everybody Wants Some!! and Hall Pass. Hoechlin, a native of Corona, California, also acted as a child — starring alongside Tom Hanks in Road to Perdition as Michael Sullivan Jr.

Hoechlin played baseball for Arizona State in college — where he also majored in film. Despite his chosen profession, in April, Hoechlin told Interview Magazine that Periscope is "the dawn of evil,"  that he "can't imagine doing it. At some point, you're living life through a lens and not really experiencing it."