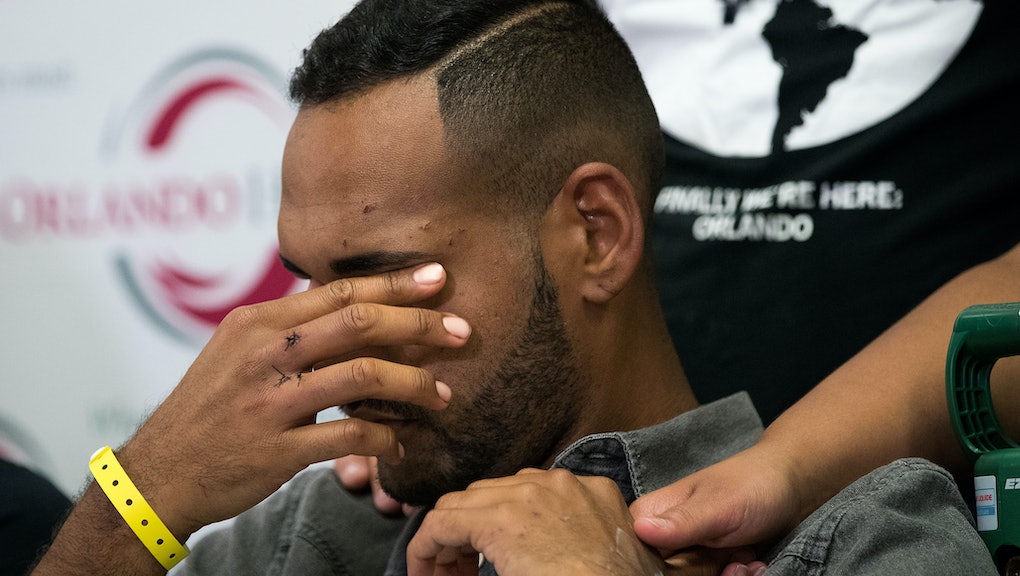 On Thursday, less than a week after the mass shooting that almost took his life, survivor Angel Colon got the chance to reunite with Eatonville Police Officer Omar Delgado, who helped to save Colon's life by pulling him to safety, reports ABC News.

During their emotional reunion in Colon's hospital room, Delgado introduced himself as "one of the ones that helped you get out of harm's way." Colon immediately lifted his arms to embrace the officer.

"I need a big hug from you, man," Officer Delgado said as they hugged. "I'm so glad you're alive man."

Colon had critical injuries after being shot three times during Sunday's attack at Pulse, a gay nightclub in Orlando. The mass shooting was the deadliest in modern U.S. history and left 50 dead, including the shooter, and 53 more wounded. Colon survived after Delgado pulled him out of the club and brought him to safety.