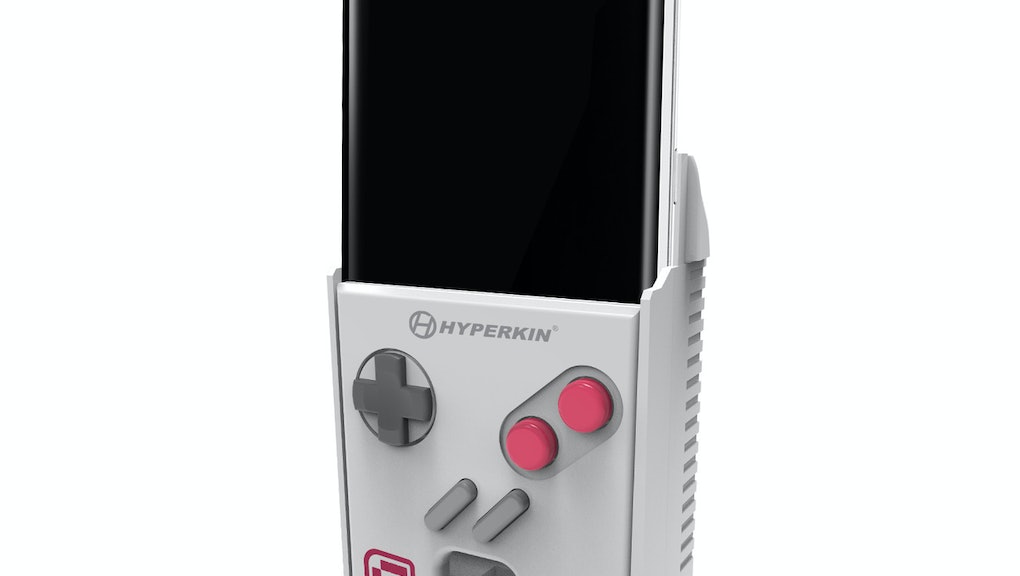 Not all '90's toys need a revival. Adults aren't begging for a modern Furby. But we sure as hell want a new Game Boy.

And we got one. Kind of.

It's not a standalone Game Boy — you'll need an Android phone to complete the 8-bit dream — but Hyperkin's Smart Boy Developer Kit is a phone case, plastic buttons and all, that is compatible with both Game Boy and Game Boy Color cartridges.

It's definitely a piece of nostalgic tech — it doesn't ditch the classic tactile buttons for a touchscreen — meaning this will probably appeal to a lot of grown-ass adults with memories of pounding on those buttons in the backseat of the car. This is not a children's toy.

Hyperkin teased a working Game Boy on Reddit last year with some concept art, but didn't unveil the consumer product until this year's E3.

You can order the Smart Boy Developer Kit on Hyperkin's website now for $59.99. It's expected to ship in early December 2016.