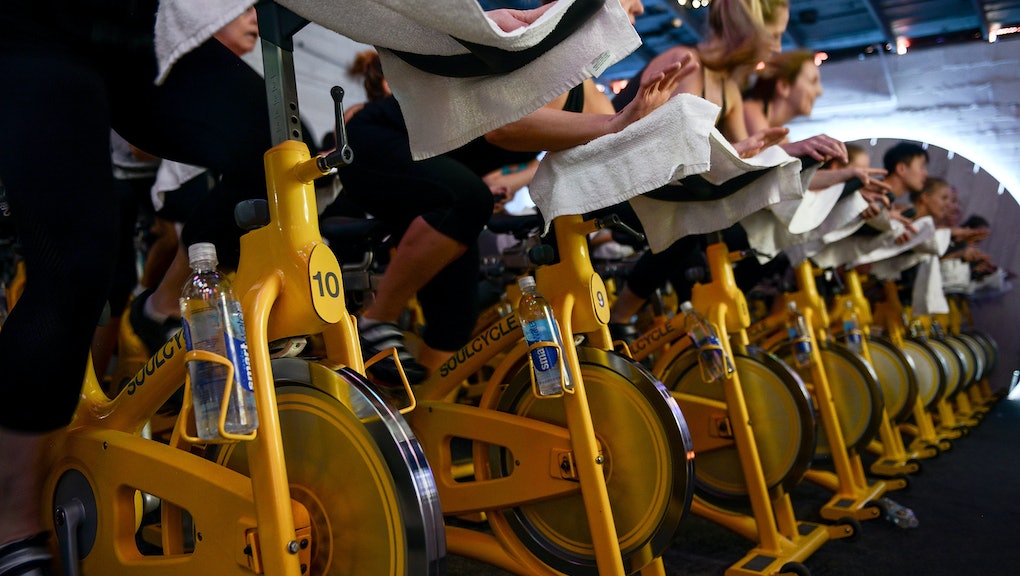 After a long day of studying, you might want to go home and crash. But when it comes to retaining information, it may be in your brain's best interest to hit the gym instead — but not right away.

In a recent study published in Current Biology, researchers had 72 participants learn 90 "picture-location associations" — in other words, the location of an image in relation to a series of dots:

Next, they were split randomly into three groups: One that exercised immediately after the learning exercise, one that exercised four hours later and one that didn't exercise at all. Those who exercised performed 35 minutes of interval training on a stationary bike, at 80% of their maximum heart rate.

Two days later, researchers tested the participants on how much they remembered, while scanning their brains with MRI.

Their memory retention was around 10% better than participants who exercised right away or who didn't exercise at all, according to Live Science — not a massive improvement, but an improvement nonetheless.

The explanation: Researchers don't know exactly why delayed exercise improves memory, according to a press release. But they suggested that when we exercise, our bodies release chemicals, including dopamine and noradrenaline, that help with memory consolidation: the process by which our brains store new information — or "memory traces" — after first acquisition.

Now, if only there were a way to remember people's names immediately after they introduce themselves.

This article was originally published on June 17, 2016