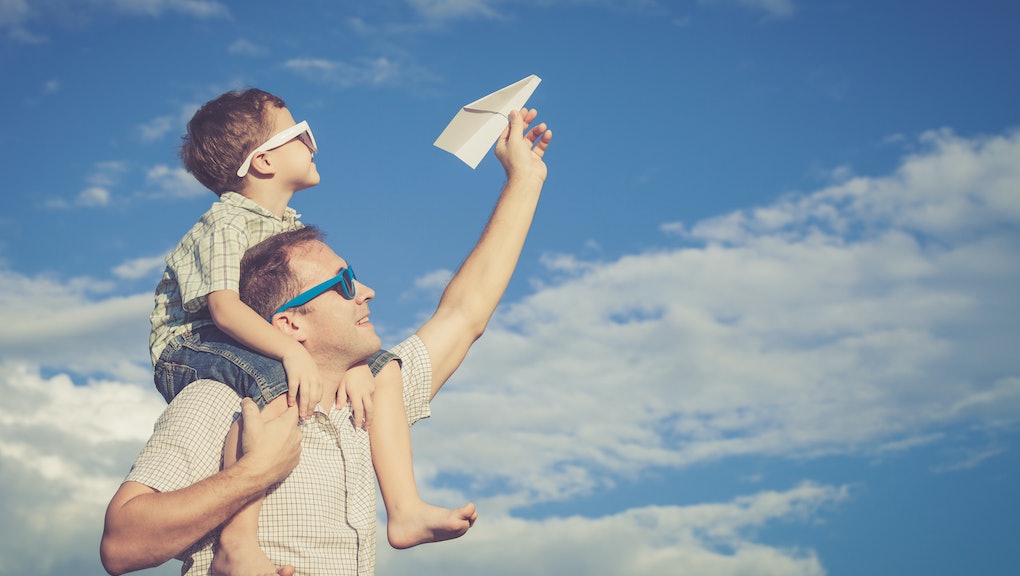 With Father's Day around the corner, you're probably wondering what to write in that card you bought your dad in the pharmacy on the way home from work. Well don't worry, we got you covered. Here are four of our favorite inspirational quotes about dads.

No one says it better than William Shakespeare. One of his more famous quotes on the father-son relationship is on reciprocity: "When a father gives to his son, both laugh; when a son gives to his father, both cry."

Bonus tip — print out this image and stick it in the card:

"Being a father has been, without a doubt, my greatest source of achievement, pride and inspiration," Jain has wrote in a story for Inc. "Fatherhood has taught me about unconditional love, reinforced the importance of giving back and taught me how to be a better person."

Dads: Try not to compare yourselves to Jain.

It's not uncommon for a child to feel the weight of upholding their father's legacy after he leaves this world. A noble father knows how best to prepare his child for the responsibilities that await them. And who nobler than Mufasa to convey that message?

"A king's time as ruler rises and falls like the sun," he explained to his son. "One day, Simba, the sun will set on my time here, and will rise with you as the new king."

Granted, this might be a weird one for a card, but admit it — you love it.

We would be remiss if we left out fiction's other beloved father-child duo, To Kill a Mockingbird's Scout and Atticus Finch.

"It was times like these when I thought my father, who hated guns and had never been to any wars, was the bravest man who ever lived," Scout thought of her father.