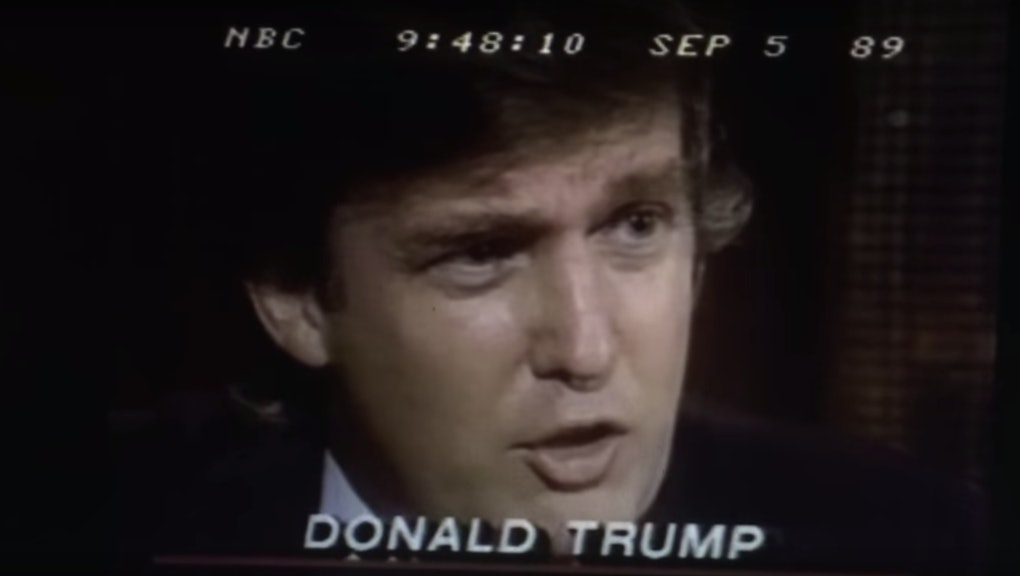 Donald Trump has been critiqued throughout his presidential election for lambasting the Mexican population, vowing to bar all Muslims (including Muslim-Americans) from entering the country, suggesting he'd attempt to repeal the Supreme Court's decision on marriage equality and, of course, his many dubious stances on black people in America.

But one would have to turn the dial back to 1989 to see how Trump really views the black experience in modern day America. In an interview with NBC, the real estate billionaire gives his thoughts on race relations in the United States — and it's damning.

In the video clip, Trump says he would have done better financially if he were "an educated black," suggesting that getting a job in America is much easier as an African-American.

A well-educated black has a tremendous advantage over a well-educated white in terms of the job market. And, I think, sometimes a black may think that they don't really have the advantage or this or that but in actuality today, currently, it's, uh, it's a, it's a great ... I've said on occasion, even about myself, if I were starting off today I would love to be a well-educated black because I really believe they do have an actual advantage today.

Later in the program, NBC's Bryant Gumbel asked Spike Lee what being black in America meant to him. The director instead pointed his remarks toward Trump, saying, "Well, I certainly don't agree with that garbage that Donald Trump said. ... It's crazy."

Crazy, indeed, according to the numbers. Studies do not back Trump's remarks. A paper published in March suggested that job applicants who "whiten" their resumes have a better shot at landing employment.