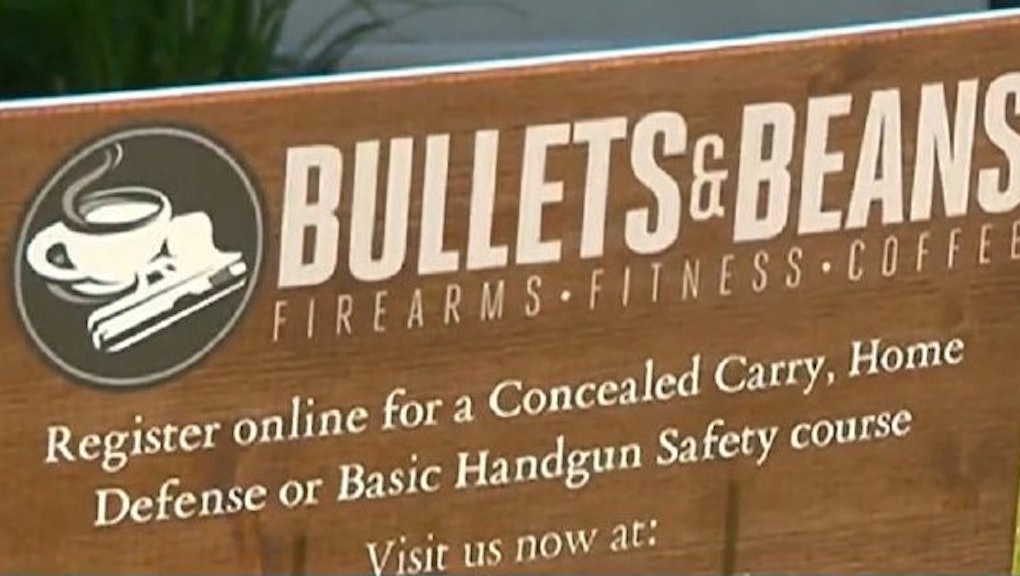 Coffee-Gun Shop Hybrid Will Serve Both Gun and Espresso Shots

Second Amendment lovers can pick up semi-automatics at their local Walmart in some states, and soon, they'll be able to get their caffeine fix and a firearms training at a coffee shop in Virginia.

Bullets and Beans will soon set up shop in Hamilton, Virginia, a town about 40 miles northwest of Washington, DC, the Washington Examiner reported. The "family-friendly" gun store will have a coffee shop on the first floor of an old bank building, and the second floor will have firearms instruction.

"It's very inviting," owner Tammy Jones told WUSA 9. She said she hopes the shop will encourage more people to feel comfortable educating themselves about firearms. She intends to open up shop this July.

Jones and her husband join a long list of gun-loving restauranteurs who want to keep customers from having to choose between food and firearms. Waitresses in Rifle, Colorado, wear loaded guns for their dress code, patrons can get drunk at a gun range in Florida and another restaurant offers discounts for gun-carrying customers. Because America.

Are caffeine and guns a dangerous brew? Starbucks thinks so. After the 2013 shooting in the Washington, DC Navy Yard, CEO Howard Schultz wrote an open letter requesting that customers not bring firearms into Starbucks locations shops, even in states where "open carry" is allowed.