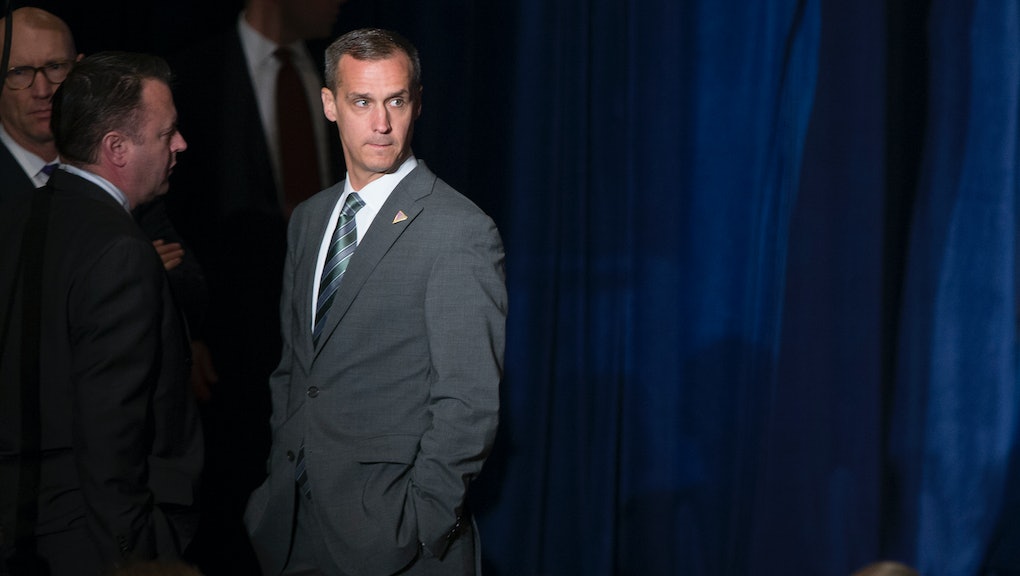 Corey Lewandowski, the embattled campaign manager for presumptive Republican presidential Donald Trump, no longer works for the campaign, according to the New York Times.

"Corey Lewandowski will no longer be working with the campaign," campaign spokeswoman Hope Hicks said in a statement, the New York Times' Maggie Haberman reported. "The campaign is grateful to Corey for his hard work and dedication and we wish him the best in the future."

Lewandowski was one of the members of Trump's original inner circle when the billionaire real estate magnate launched his presidential campaign a year ago. His position within the campaign had been tenuous for months, following allegations that he had physically assaulted a reporter earlier this year.

Paul Manafort, a longtime Republican consultant, was brought onto the campaign in March to overhaul the operation as Trump looked to lock down the nomination, in a move that was widely seen as sidelining Lewandowski.

While Lewandowski favored a sharp-elbowed, anti-establishment approach to the campaign, Manafort brought a wealth of experience as an establishment-aligned operative and well-connected lobbyist. There were widespread reports of tensions between the pair, with Bloomberg reporting Monday that there remained a "schism" between Manafort and Lewandowski.

Like his initial sidelining, Lewandowski's departure comes during a rough stretch for the campaign. Trump's poll numbers have plunged amid a growing backlash over his attacks on the Mexican heritage of the federal judge overseeing a lawsuit against Trump University and his incendiary response to the terrorist attack on Orlando's Pulse nightclub this month.

Meanwhile, Michelle Fields, the former Breitbart News reporter whom Lewandowski allegedly manhandled after a Trump speech in March, had the last laugh on Monday morning.