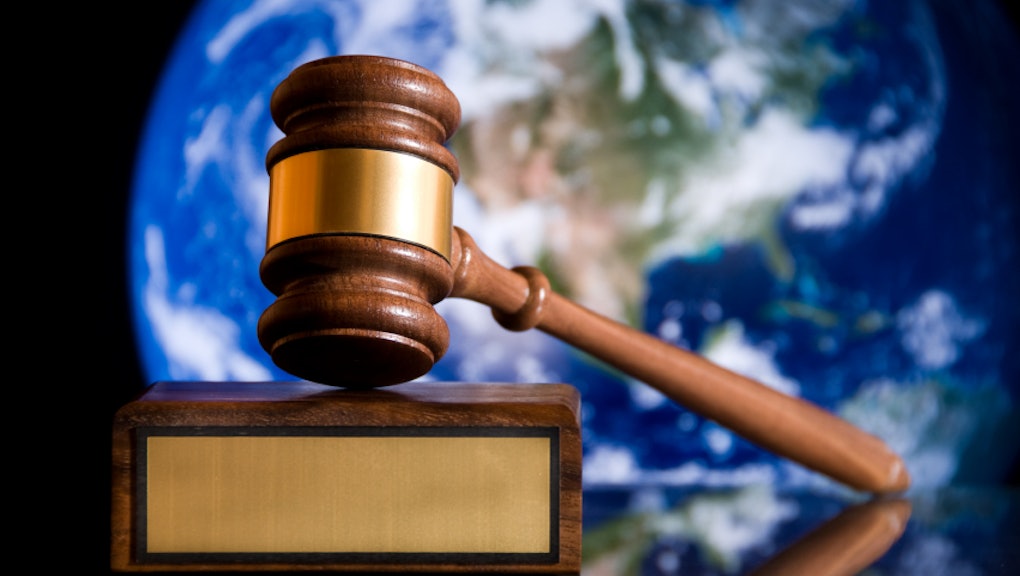 Slut-shaming trolls making rape "jokes" on social media aren't just being jerks. According to one judge in Australia, they're actually committing a crime.

In Australia, Zane Alchin, 25, was charged with making online sexual threats to Olivia Melville on Facebook. This week he changed his plea from "not guilty" to "guilty" on the first day of his trial, the BBC reported. If convicted, the crime could land him behind bars for three years.

The charges stem from an incident in 2015, when Australian woman Olivia Melville learned that a man had posted a screenshot of her Tinder profile on Facebook. In her profile, Melville quoted rap lyrics about a woman who will "suck you dry and then eat some lunch with you," for which she received a flood of slut shaming, insults and even rape threats from strangers.

Alchin was one of the many harassers who commented on Melville's viral Facebook post. He ended up writing more than 50 posts in response to Melville's, including such nuggets of wisdom as "the best thing about a feminist they don't get any action, so when you rape them it feels 100 times tighter."

Alchin will be sentenced in late July, but local advocacy group Sexual Violence Won't Be Silenced is already celebrating the case as a victory. "Our victory today sends a message to all women that they don't have to put up with harassment online," the group posted on Facebook. "There are steps and channels they can take, and that Australian law is on their side."

Online harassment is a global problem that affects young women in particular. According to one Australian study, up to 76% of women under 30 have been the victims of online harassment.

Yet courts and law enforcement have repeatedly failed to prioritize women's safety in digital spaces. London-based writer Emily Reynolds wrote about her experience being ignored by the police when she reported threats of sexual violence from Twitter users.

"The police officer suggested that, in the future, I should 'expect' things like this to happen," Reynolds wrote. "I was a prominent feminist writer online, he said, so it was par for the course." Lawmakers like Congresswoman Katherine Clark have been outspoken about the need for lawmakers and tech companies to create laws and policies that protect women online, but there's been minimal progress.

Over the past few years, numerous states have passed legislation criminalizing cyberbullying and online harassment of minors. Yet the Australian trial is a landmark case that proves "trolling" and indirect threats of sexual violence on social media can still be legally classified as forms of harassment. Only time will tell if this will inspire lawmakers and judges in other parts of the world to treat online sexual harassment with the same gravity.