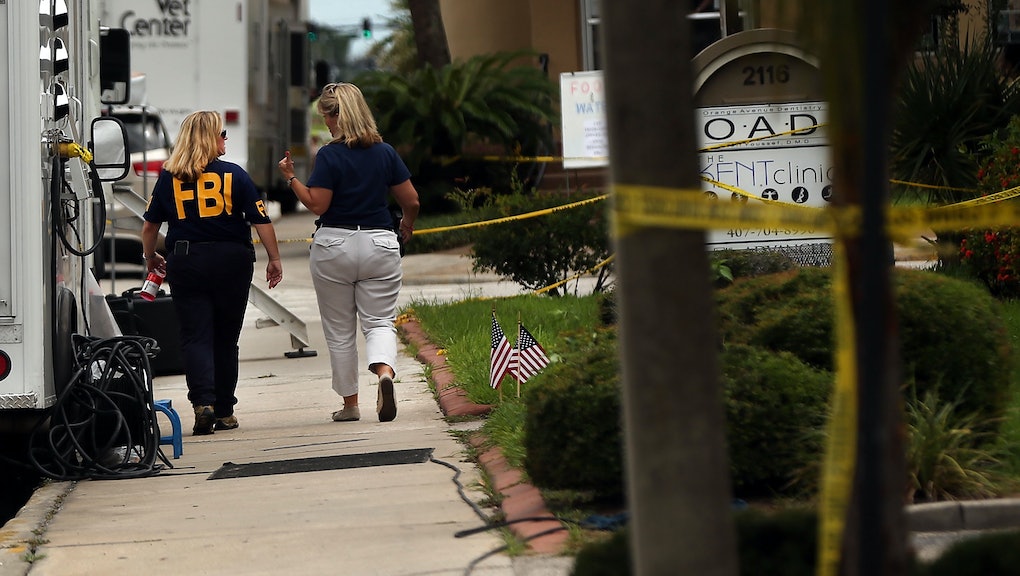 A transcript between law enforcement officials and Omar Mateen on the night of the Orlando massacre was released by the FBI on Monday with redactions interspersed throughout. The account details more than three hours of correspondence between Mateen and different officials, including a 911 operator and the Orlando Police Department's Crisis Negotiation Team.

According to the transcript, Mateen did not specify why he chose Pulse nightclub's Latin night as his target. He did, however, pledge his allegiance to the Islamic State at multiple points, telling the operator, "I pledge my allegiance to [omitted]."

United States Attorney General Loretta Lynch confirmed on Sunday's This Week With George Stephanopoulos that the transcript would include redacted portions so as not to "revictimize those who went through that horror."

Below is the full transcript released by the FBI, via BNO News.

The following is based on Orlando Police Department (OPD) radio communication (times are approximate):

4:29 a.m.: As victims were being rescued, they told OPD the shooter said he was going to put four vests with bombs on victims within 15 minutes.

(An immediate search of the shooter's vehicle on scene and inside Pulse ultimately revealed no vest or improvised explosive device.)