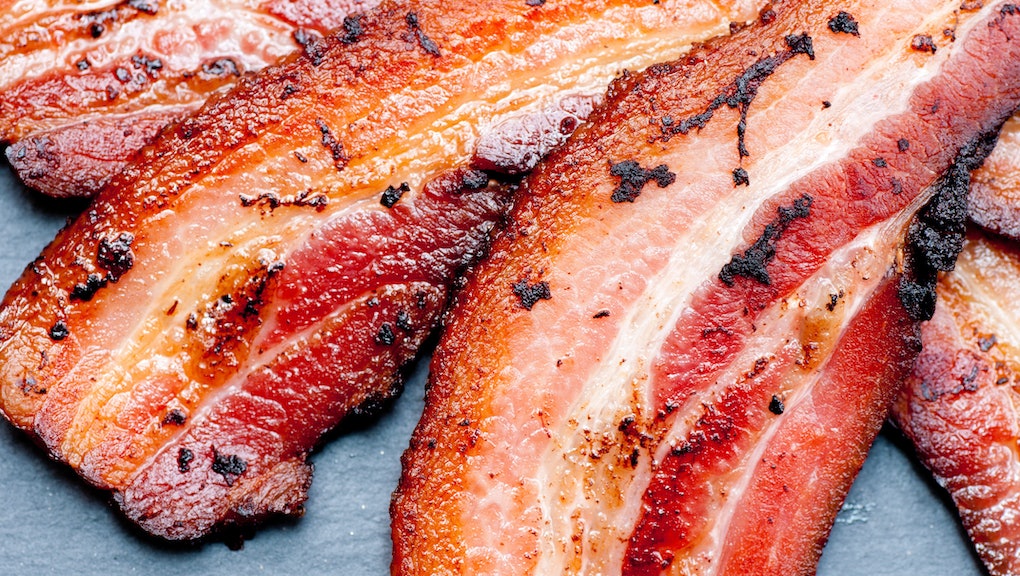 None, however, have managed to look anything like the real thing (though those chemical-laced soy strips do come very close). Much of bacon's appeal comes from its aesthetics: Its juicy, glistening fat summons hangry people worldwide. At last, a trend developing across the food blog world has pulled it off: Vegan rice paper bacon looks like bacon, but requires no pig.

Shannon Cebron, the blogger behind Yup, It's Vegan!, noted on her site that the result of the recipe is "bafflingly realistic" and that is has the "crispy texture and smoky, super umami flavor" of the real thing.

How to make it

This faux bacon is relatively simple to make. You'll toss strips of rice paper (the sheets used to make fresh spring rolls) into marinade, then bake or fry them.

The marinade — which is made from soy sauce, oil, maple syrup, nutritional yeast and liquid smoke — is what gives the strips bacon's classic smoky, salty and slightly sweet flavor.

Rice paper bacon is good news for both vegans who want fake bacon without the crazy preservatives and meat eaters who are trying to avoid carcinogenic processed meats. So go head, make up a batch and eat vegan BLTs all week long. Check the full recipe from Yup It's Vegan here.