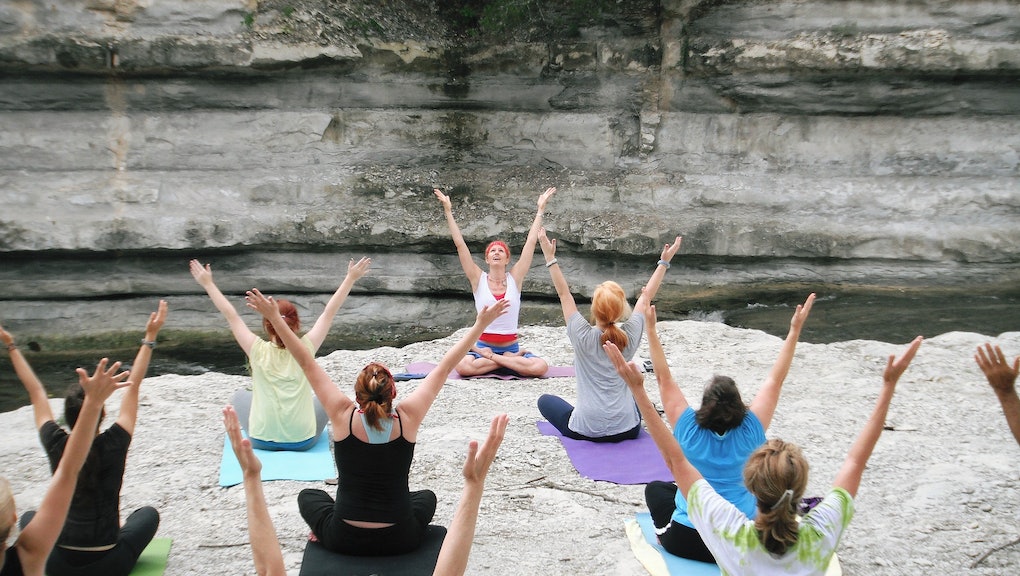 All Types of Yoga, From Bikram to Vinyasa to Iyengar, Explained in One Chart

Have you ever signed up for an Ashtanga yoga class, only to learn it wasn't the slow, relaxing yoga you'd been craving? Or have you ever shown up to a Bikram yoga studio, not knowing you'd be working out in a dizzying 105 degree heat?

Let's get real: Navigating the different styles of yoga — an ancient practice with thousands of years of history — can be as challenging as mastering the poses themselves. What's Bikram yoga, and how is it different from other types of hot yoga? Which type of yoga is slower-paced — and which will make you sweat your butt off?

In honor of International Day of Yoga, we've explained six of yoga's many styles:

"Hatha" is a broad term referring to the practice of poses. It applies to most yoga performed in the west — so basically, any yoga you've ever done.

In Sanskrit, "vinyasa" means "to place in a special way." In this type of yoga, you'll flow through a sequence of poses, all in connection to your breath. Expect to move fast.

In Bikram yoga, you'll perform 26 postures performed in a room heated to at least 100 degrees Fahrenheit — and you'll sweat your butt off.

When you do yoga in a heated room — but don't subscribe to Bikram's series of poses — it's just called "hot yoga." Again, prepare for aggressive sweating.

In Iyengar yoga, you'll focus on aligning your body correctly as you perform each pose. To help with alignment, you may use props like blocks or straps.

This intense, physically demanding style of yoga involves through a set series of poses in connection with the breath. Brace yourself for a workout.

It doesn't end there: There's Kundalini yoga, which blends physical and spiritual elements in order to awaken a so-called primal energy located at the base of the spine; Anusara yoga, a newer practice that uses physical poses to let your "inner goodness shine through"; and restorative yoga, where you perform long, passive poses to relax your body — to name but a few more.