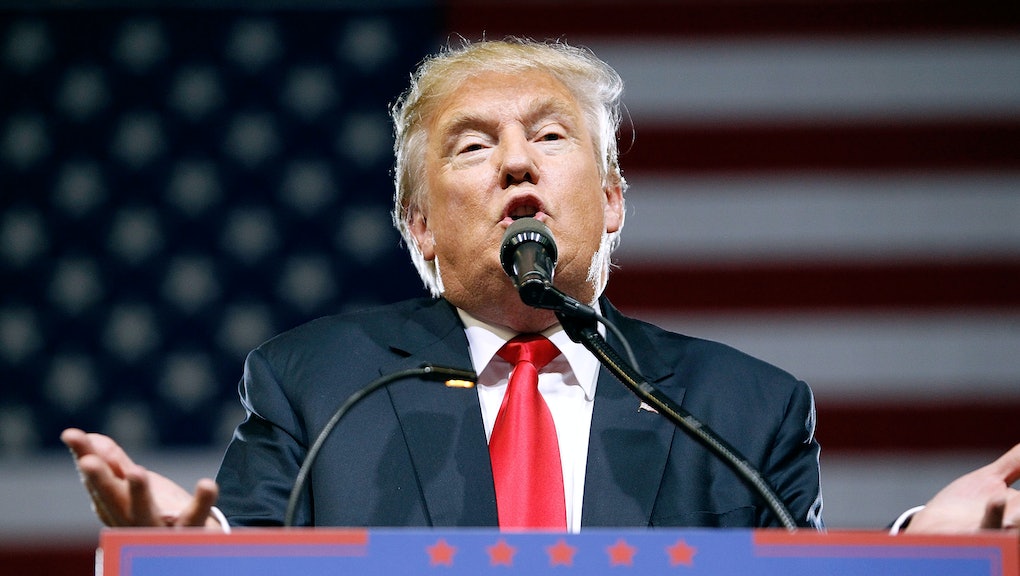 Some of Donald Trump's most telling moments throughout his careers in reality TV and real estate have occurred when he veered off the script, avoided using a teleprompter or was put on the spot by a reporter or talk show host.

Enter Howard Stern — as one of the Donald's favorite interviewers, Stern and his radio crew interviewed Trump and two of his children, Ivanka and Donald Jr., for an hour-long episode in 2006, resurfacing online thanks to Mother Jones' "Trump Files" series.

The group talked about the Trump kids' educations, and how they were able to get into the esteemed Wharton School at the University of Pennsylvania without the help of their father, who just so happened to attend the university. "He couldn't buy our way in even he wanted to," Trump's son said to Stern, who wasn't buying any of it.

"Alright, I'm gonna ask you a tough question, you went to Wharton school of business. What's 17 times six?" Stern asked him. Almost immediately, the Trumps resorted to a variety of common tactics when you don't know the answer to a basic question.

Trump finally knew he needed to interject with the intelligence and poise of a future commander-in-chief: "It's eleven twelve," he said, apparently referring to the number 112.  "It's one, 12." When Stern shouted "wrong!" Trump's mouth gaped as if he found out he had just entered the wrong nuclear codes. "No it's not!" he said.

Stern was the only one who was able to pinpoint the correct answer, 102. But the rest of the room seemed to think the elder Trump was correct, repeating his answer. "That's why I'm dad," the real estate billionaire said as to why he was the only one of his family able to perform basic math.

The video is just the latest footage from the Trumps' yesteryears coming back to haunt them, albeit lighthearted jabs. An NBC interview from 1989 is much more damning, however, in which Trump said he'd "love to be a well-educated black because I really believe they do have an actual advantage today." Hint: they don't. Not even in Trump's very own organization.