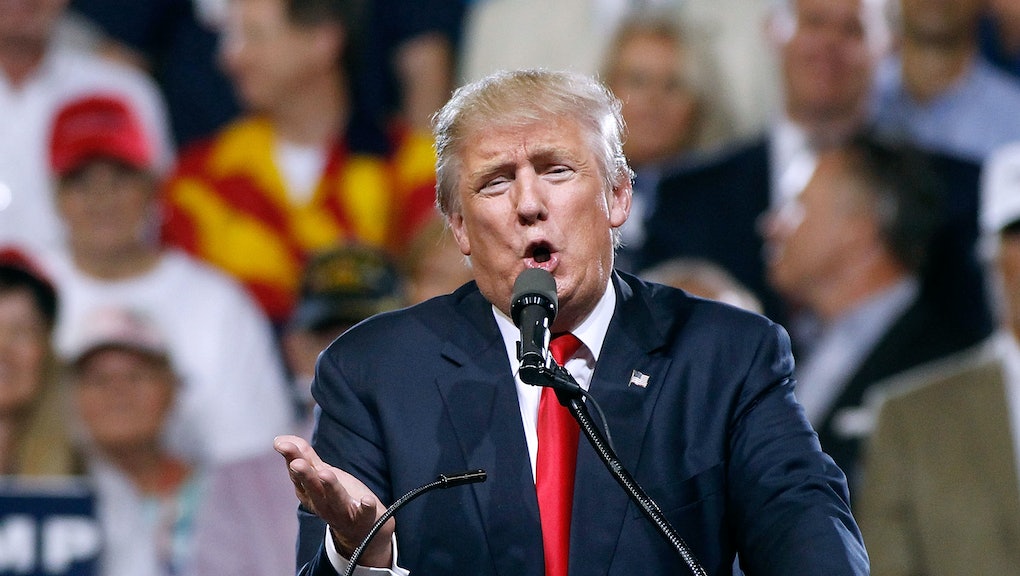 Trump's prospects for righting his campaign ship look even bleaker in light of the fundraising figures his campaign released Monday. His cash on hand — which would hardly be impressive for an obscure congressional candidate — is dwarfed by presumptive Democratic nominee Hillary Clinton's $42 million in cash on hand.

Clinton's overwhelming fundraising advantage could allow her to bury Trump on the ground, lengthening the odds that Trump can tilt an already difficult electoral map in his favor.

But to really put Trump's cash problems in perspective, it may help to consider figures from other candidates — specifically, ex-candidates Ben Carson and Texas Sen. Ted Cruz, whom Trump defeated for the GOP nod, and Bernie Sanders, who remains in the Democratic primary race even after Clinton clinched the nomination.

Even Carson, the retired neurosurgeon who dropped out of the race in March, has more cash on hand, with about $1.7 million in untapped campaign funds.

Meanwhile, Sanders — whose chances of winning the nomination went from slim to virtually nil after his losses in New York and a series of other Eastern states in April — reported raising $16.4 million in May, well below Clinton's $26.3 million but more than five times what Trump raised. Sanders began June with $9.2 million in cash on hand, seven times Trump's total.

The bottom line: While Trump vanquished well-funded GOP titans like Jeb Bush and Marco Rubio with a low-cost, thinly staffed operation, what worked in a crowded GOP primary may fail spectacularly in the general election, as Trump tries to make inroads with skeptical demographic groups.

Based on demographics and polling data, RealClearPolitics estimates that Trump starts out with 164 electoral votes in his corner to Clinton's 211, giving the former secretary of state a much wider path to the 270 electoral votes needed to win the presidency. Skimping on field organizing will make Trump's task all the more difficult.

Should Trump prevail over Clinton, the Republican National Committee's data operation will likely have played a considerable role. The New York Times reports that the RNC has 500 field staff deployed in key swing states, more than in 2012. But the Times notes that the RNC raised only $13 million in May — about a third of what it raised in May 2012, when Mitt Romney was at the helm of the party.