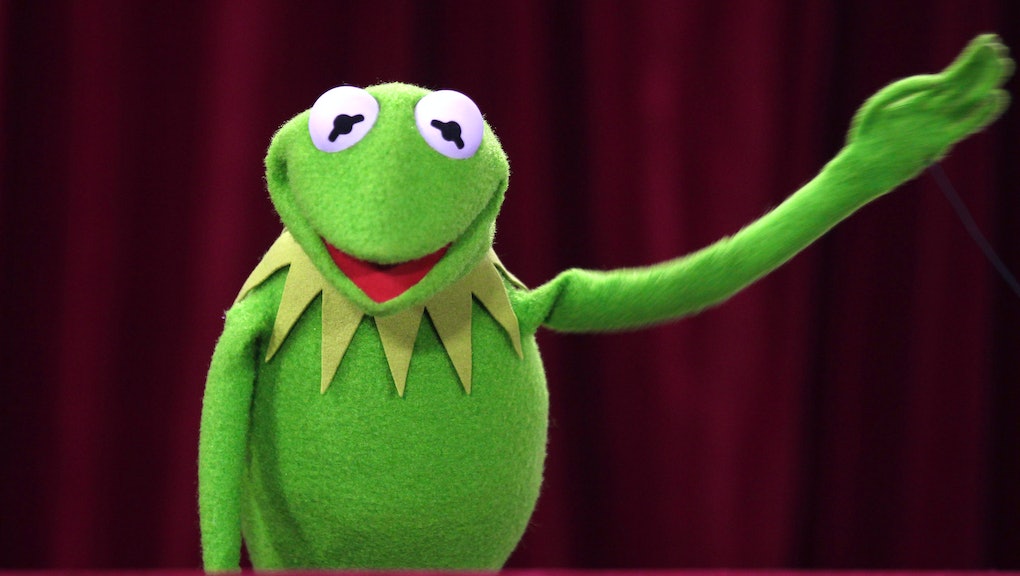 #TeaLizard Is Now a Thing — Or So Says 'Good Morning America'

On Tuesday, the ABC show's Twitter account asked its followers whether they thought a photo of LeBron James crying after the Cleveland Cavaliers' NBA Finals win should be inducted into the dank meme hall of fame. But when GMA tried to place it among the ranks of some other beloved memes, they exposed themselves as being more than a little out of touch, calling a meme of Kermit the Frog sipping tea #TeaLizard.

It didn't take long for Twitter users — who are nothing if not meme connoisseurs — to call them out on their gaffe. (Editor's note: For what it's worth, few at the Mic offices were familiar with the bizarre "#Smockin/the mask" image GMA also declared a universally recognized thing.)

Not only is Kermit the Frog's very species identified in his name, the Walt Disney Company owns both ABC, which airs Good Morning America, and the Muppets franchise — they should've known better.

After a thorough Twitter drag, the talk show realized its mistake and followed up with this tweet, concluding that #LeBronCrying hadn't found its place amid the meme milieu and apologizing to Kermit for the blunder.

And what for the world's actual tea lizards, you ask? They're taking it in stride.