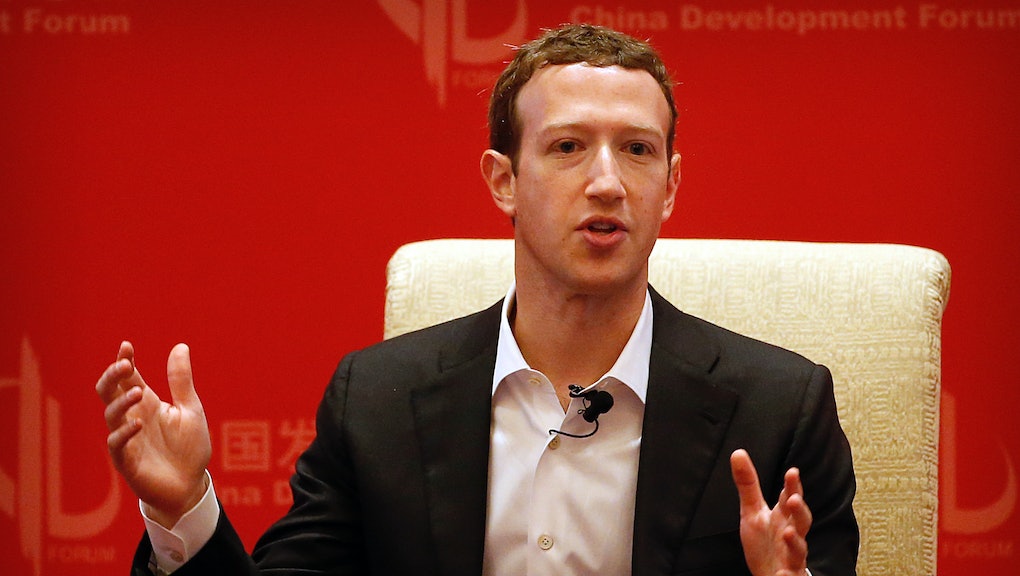 Mark Zuckerberg posted a photo of his multibillion-dollar face on his Facebook page on Tuesday to commemorate Instagram's millions of users.

"More than 500 million people now use Instagram every month — and 300 million every day," the post says. "The Instagram community has more than doubled over the past two years. This is a tribute to Kevin Systrom and Mike Krieger's vision, and to people everywhere who have opened a window into their world — from big events to everyday moments. Thanks for making Instagram such a beautiful place."

And while all of us normals might not cut out a cardboard Instagram frame every time we rake in 11 likes, we're sure glad Zuck did. Because now we know he is suspicious of cybersnoops, just like us!

As Chris Olson pointed out on Twitter, Mark Zuckerberg covered both his camera and mic jack with tape.

Mic has previously reported why you should cover your laptop camera with a strip of tape — because it's hackable.