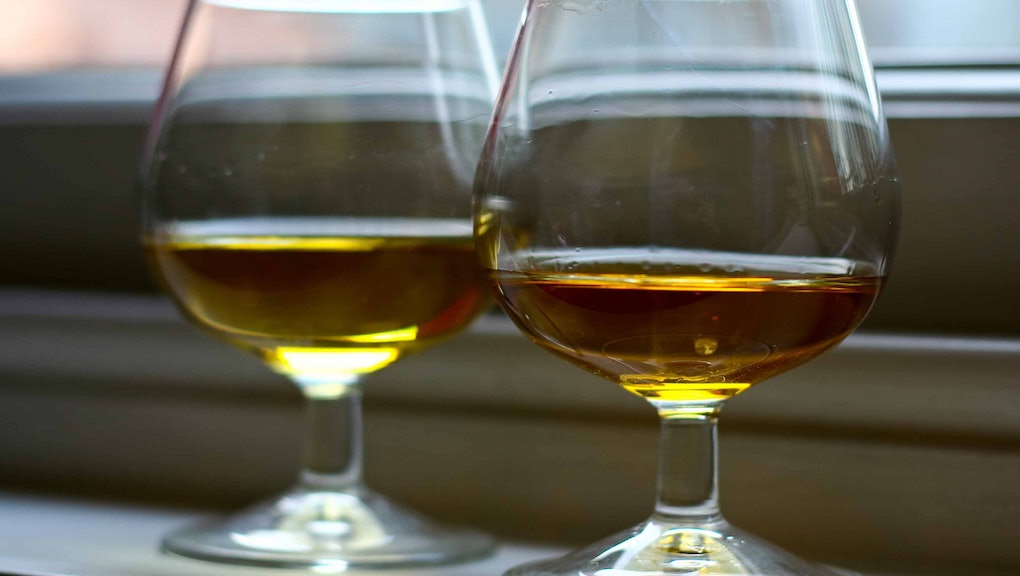 Get Tipsy With Felix Felicis, the 'Harry Potter'-Inspired Rum Cocktail

Butterbeer's got nothing on one whimsical cocktail dreamed up by an India-based food blogger.

Meet Felix Felicis, a rum-fueled take on the eponymous potion mentioned in Harry Potter and the Half-Blood Prince.

Recklessness, overconfidence... sounds like a shot of some hooch, no?

Though it isn't actually an alcoholic drink in the HP books, Mehrota, a Mumbai-based blogger, told Mashable that she always imagined it to be a boozy beverage because of how Professor Slughorn, er, J.K. Rowling, describes it. Mehrota crafted a cocktail that will make the imbiber slightly tipsy and hopefully, lucky — in honor of Felix Felicis' origins.

"The concoction that I made was a mix of sweet, sour, bitter with a hint of cinnamon," she told Mashable.

Ready to get tipsy, wizard-style? Get the recipe right here.

Until then, cheers to feeling lucky!