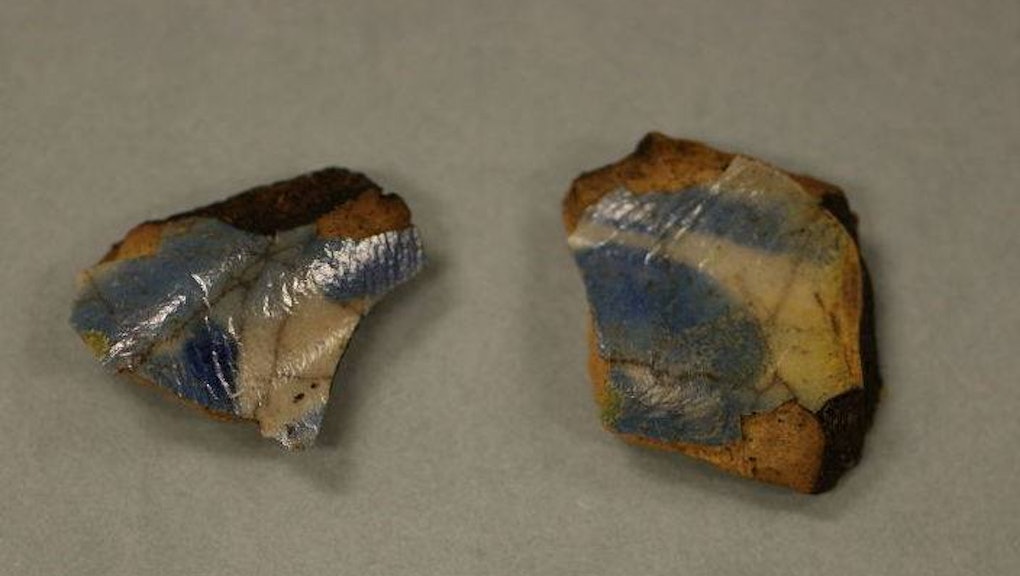 Archaeologists have found two small pieces of pottery that could help crack the mysterious case of the lost colony of Roanoke on an island in North Carolina. The glazed blue, brown and white fragments are considered the most significant find in the area for over 70 years.

Found near a mound that's believed to have once served as a fort, researchers believe the pieces were likely once a part of a small medicine or ointment jar used to mix salves belonging to a medicine maker and colonist.

Back then in the 16th century, different types of plants were used as cures for all sorts of medical conditions, such as syphilis.

Around 1587, England sent explorer Sir Walter Raleigh to establish Roanoke as its first attempt at colonizing the New World; but the English government was slow to send supplies to the new colony. When supplies finally get there three years later, the colony was said to have been completely abandoned, save for a set of human bones and a carving that read, "Croatoan," a local Native American tribe.

Last year, a sword hilt and bowls, were discovered in the area — leading researchers to hypothesize that the vanished colonists had assimilated into the nearby native tribes. A competing theory suggests the settlers split up and settled about 50 miles inland near Buxton, North Carolina.

"What's there and what these objects can tell us," Jami Lanier of the Outer Banks Group, told WTKR. "That's the most important value is the stories they can tell and they are pieces of the puzzle that can perhaps help solve the mystery."