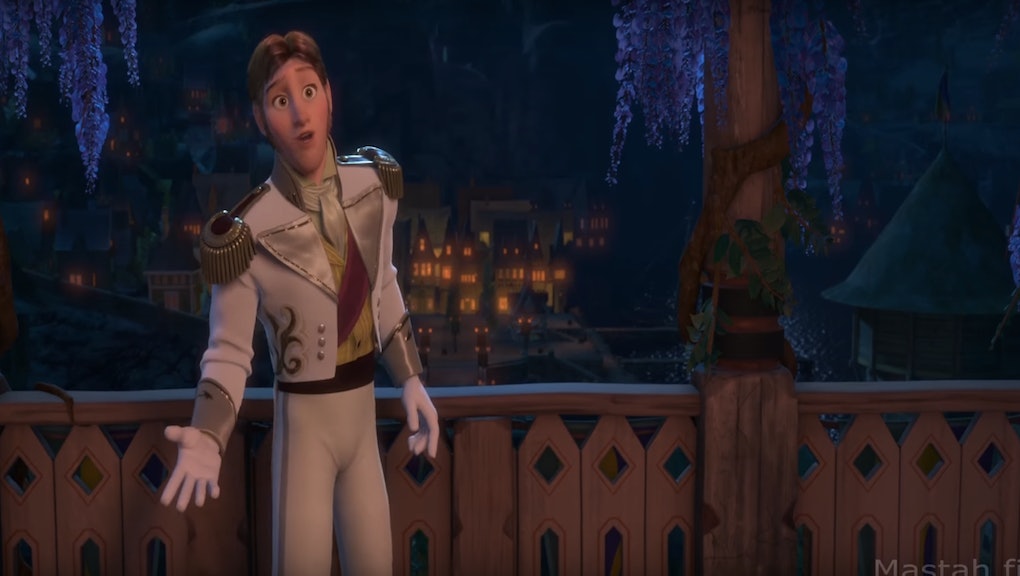 What Hans From 'Frozen' Can Teach Us About Life

Though Frozen is through-and-through a children's movie, its villain, Hans, serves as a chilling reminder to viewers of all ages that you can't spell "Prince Charming" without "h-a-r-m."  This smooth-talking Disney Lothario, feeling cheated out of his royal inheritance, decides to marry rich instead, setting his sights on Princesses Elsa and Anna.

But just because he's completely unscrupulous, that doesn't mean there aren't lessons to be learned from this sinister character — even if said lessons are gleaned only by watching what Hans does and doing the exact opposite.

Being motivated exclusively by the acquisition of power makes you a pretty unhappy person — or maybe its a symptom of unhappiness... Either way, Hans' journey reveals that fulfillment cannot, in fact, be found by putting your needs above all others' and treating everyone around you like a pawn in your metaphorical chess game of domination.

2. Being manipulative is bad, too.

Thank god we have Hans here to teach us this. Not only does being manipulative deprive someone of meaningful human connections, but chances are you'll get found out sooner rather than later. And then you'll not only have been unsuccessful at what you were trying to obtain, but you'll be lonely as hell, because no one will want to play with or be friends with you.

3. Ignoring someone could turn them into a sociopath.

"[Hans] had a difficult childhood, having suffered neglect at the hands of his family, including an incident in which three of his brothers pretended he was invisible for two years," according to Frozen Wiki.

And, as the Huffington Post taught us in their article "11 Signs You Might Be Dating a Sociopath," deceit and manipulative behavior are red flags. Coupled with Psychology Today's inclusion of "superficial charm and good intelligence" in their list of symptoms, it would appear Hans has sociopathic tendencies.

His difficult childhood — including having been treated as invisible for two years — might have played a role in embittering the young lad and breaking his soul. Of course, this is purely conjecture. We have never actually met Hans.

4. Having great hair can get you far in life.

Need we say more? Great hair can at least help you part of the way if your intention is to marry rich. Shiny locks certainly don't hurt when attempting to woo a lucrative target. The life lesson here is that you should condition every day. (Life hack: A dash of Argan oil on a regular basis does wonders.)

5. It's hard being a pretty white man with royal lineage.

Woe is Hans. Being a conventionally attractive Caucasian man from a wealthy family can certainly present you with real life challenges, like having the throne snatched from you. It can leave you having to fend for yourself, only able to procure power through your own machinations as opposed to the much simpler route of inheritance.

So, next time you see a hot white guy on the subway, don't be so quick to judge. You don't know what kind of day he's had.